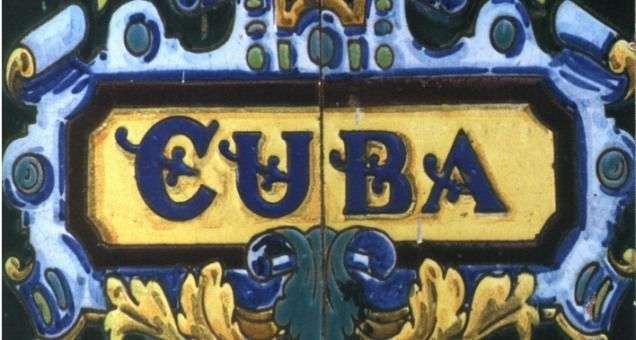 Sixty- seven thousand Americans traveled to Cuba between January and September 2013. The figure can be deduced from the statistics published by the National Bureau of Statistics and Information of the island, in its report published on its website. Although it did not mention how many come from U.S. territory, it did reveal the total of foreign visitors from North America, and within these, from Mexico and Canada.

A simple addition and subtraction operation yields the number of Americans who came to Cuba in 2013. The ONEI does not seem interested in making it public, even though in the first nine months of 2013 American was the eighth nationality in terms of visitors, more than traditional markets like Spain or Mexico. The name of the United States of America does not appear in the monthly reports, only in the annual ones.

The 67,000 American visitors the year in question represent 68 % of all U.S. visitors that arrived in Cuba in 2012, but those traveling for the last three months of the year are yet to be counted, coinciding with the end of the low season tourism in Cuba.

U.S. Secretary of State, John Kerry, said in November 2013 that “every year, hundreds of thousands of Americans visit Havana and hundreds of millions of dollars in trade and remittance flows from the U.S. to Cuba. We are committed to the humanitarian exchange and in the United States we believe our people are truly our best ambassadors. They are the ambassadors of our ideas, our values , and our beliefs. “

The Cuban government seems sympathetic to welcome these “ambassadors”. In a report submitted to the United Nations, the Ministry of Foreign Affairs of Cuba regretted the absence of almost two billion dollars that tourism from the United States could have brought to the Cuban economy, if there were no restrictions that make it difficult for Americans to travel freely to the island

Officially (and for now), Cuba is not on the tourist map of the United States. In its fact sheet on relations with Cuba, updated in August 2013, the U.S. State Department points out federal regulations limit travel to Cuba to authorized visitors who are involved in a particular activity, such as cultural, educational or religious exchanges. “All U.S. travel to Cuba must be authorized by the Office of Foreign Assets Treasury Department and must fall into one of 12 categories.”

Both U.S. President Barack Obama and his secretary of state, John Kerry, declared in November 2013 that the U.S. policy towards Cuba will continue updating.

The last update of the travel policy to Cuba is a frequent topic on the desk of Obama, or at least in his inbox. Throughout 2013, several members of Congress sent letters to the White House until the California Representative Sam Farr persuaded 58 other legislators to sign a joint letter calling for an easing in the issuing of licenses.

Advocates of restricting travel also had their moment in 2013. A project dubbed the “Law of Beyonce and Jay Z” was to be presented to the U.S. Congress; to prevent existing licenses were used to suspiciously tourist activities such as those undertaken by the couple of musicians who inspired the legislation.
More than 98,000 American tourists visited Cuba in 2012, thanks to the flexibilities and licenses granted by the Obama Administration. That ranked the United States as the sixth visitors emitting market to Cuba.

The information note issued by the Interests Section particularly deplores the effects that this situation will cause the Cuban and U.S. citizens, due to the inability of the Consular Section to continue facilitating the paperwork associated with the issuance of passports, visas, legalization of documents and other services, with negative consequences this will have for family visits, academic , cultural, educational , scientific, sports and of other nature exchanges between Cuba and the U.S..

A feast for the palate in Havana