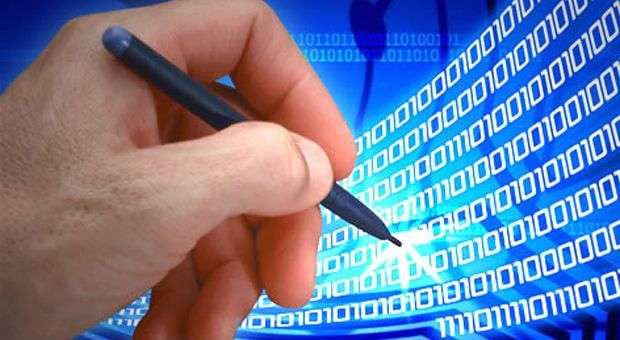 The opening of self-employment had Cuban start thinking on how to create jobs that wouldn’t focus only on bars and cafes. The alternatives are already visible; although some remain somewhat hidden due to the lack of legal frameworks that regulate and protect them.

Among them is software development, an activity that appeals to more than one computer professional looking for options that will provide them with some income.

Anyone with a degree in Cybernetics Mathematics, Engineering in Computer Science, Computer Engineering or other career where they have learned some programming language, knows he has in his possession the ease of exercising a very popular activity in the world today.

In a context that has increasingly requires that know-how, coupled with the large number of professionals in the industry (only from the University of Computer Sciences until 2012 over 10 thousand people have graduated), it is not uncommon to run into more than one group that operates the world of software as a business. Incredibly, in Cuba is done from mobile applications to enterprise systems (for customers or foreign entities). The limit to the imagination is just in the technology.

To generate content designers are also involved in this stage and sometimes people with training in languages. Groups, in most cases, are formed between friends or acquaintances.

Freelance behind the facade

Sergio is a young graduate of the Institute of Design (ISDI) that has become known as a web developer. Most of his work has been for Cuban clients; however, to manage the domain and hosting of those sites he always goes to some of his contacts outside Cuba. Once accepted the assignment, Sergio gathers his team and takes him less than five months to deliver.

The working methods are different, as determined by management and specialization of those who make up these teams, but also mediated by the material conditions that enable them to perform the work. However, all face the same dilemma: the lack of legal protection.

So far, in Cuba does not exist any way to approve or legally recognize this type of work. Some groups such as Sergio’s thought of the possibility of “appear” to light as a non agricultural cooperative, even though still the existence of any of this type is not known. Meanwhile he and his team will continue under a license from self-employment that identifies them as computer programmers.

“Initially, due to inexperience, we were cheated twice. The first was with a job that we spent six months to complete. When we delivered it, the customer said he did not like it, and as we are not protected by any legal mechanism, we were left like that that, “Ernesto, a programmer for more than five years in this business, says.

Orlando was still studying to become computer engineering when he began to utilize programming to increase his personal income. Three friends, already graduates of the same, and made him the offer he did not think twice. At first it was difficult to allocate time between work and study, but when he saw his wallet contained not only the stipend, all anxiety disappeared.

According to Dario, a software developer that graduated r a year ago at the University of Computer Sciences, the contact between the parties occurs in different ways, either the internet (which in Cuba 257 per thousand have access, according to the ONEI), or by an acquaintance in Cuba or abroad, or through job ads on sites like www.jobs.com , www.freelance.com and Revolico . In some of these spaces you register through the curriculum, a sample of completed orders and customer reviews.

“Many of us who are doing this for a living do it as a second choice. Most of the time, we rely on a contact overseas who hire us for specific jobs. We have collected for project from 500-5000 CUC to split between three people, indicating an estimated 55 to 300 per month for each. This is a much lower amount than those customers would pay in their country; but it is always more than our regular rate, “Dario says while showing his latest project.

Payment methods vary. Some customers pay against results and others do it monthly; which itself is a maximum for programmers as Dario is the delivery date, in line with the agreed features to the software.

In this regard, some as Ruben, leader of a private software development team, find another problem: “For five years I have been doing this and we frequently are forced to hire students or recent graduates learning on the fly the technology that we demand. That coupled with some instability, compromises the delivery date agreed with our customers. ”

Although this practice means relief for many who would otherwise be earning a basic salary only to be diluted in the mere attempt to supply the pantry, at the same time becomes vigilance when it comes to promoting it. They remain the coveted full Internet access and the lack of legal support elements that make the biggest problem for the performance of these professionals.

Skyplanner is a software development company founded in Florida about four years ago. The business began in the confined space of the house where two Cubans were living in Miami, now has up a branch in Colombia. René, one of the creators prefer to exploit their knowledge outside the homeland.

More of a Cuban in this field goes to work in countries like Canada, USA, Spain, Germany, Argentina and Chile. The optimal result is a new company; though not always they run so lucky and simply join an existing one.

Many professionals who graduate in Cuba are talented. Mario, who came to Argentina a year ago, already found work as a programmer and is able to send his mother a monthly remittance of $ 200.

“Many of those who venture to find work fast because wherever a well prepared Cuban arrives doors open. Many that leave will then help to establish contacts in Cuba for custom projects, or get the domain for those engaged in assembling sites from there. ”

“At the end of a great relationship is created between the two sides,” Abel, a computer engineer said who, in addition to developing software, is dedicated to the maintenance and repair of computers.

There are now thousands of professionals in the field of information technology in Cuba, an amount greater than the job offers from the state itself. Meanwhile, in the first world countries software development is and remains highly demanded. Only in the U.S. more than a million jobs for programmers are available.

Without dismissing the possibility, since his 3 × 4 meter “little office” in Havana, Dario and the rest of the team are working on the request of a German customer, hoping to be named sometime in the sight of all, as a company, enjoy the rights granted by this status, and assume the duties he will have.