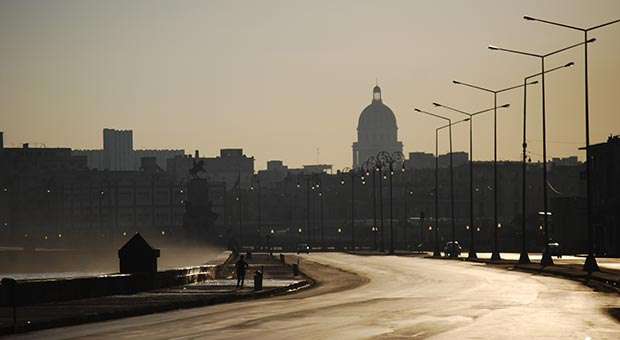 It seems fiction but it is true. Havana, that city that is falling to pieces, that is full of wastes and ancient bumps, that stands out restoration and conservation in its Historic Center and constructions subsidized or carried out by the “efforts” of its inhabitants trying to avoid the passing of time and reinventing modern urban architecture, qualified among 28 finalist cities in the virtual contest to compete for a place among “the 7 world wonders”.
By 1982, UNESCO had already included Havana’s System of Colonial Fortresses and Old Havana in the list of Cultural Heritage, a well-deserved recognition to the constructions and history that enriches our patrimony.
Nonetheless, Havana is a city with no much more than two million inhabitants and a long history of five centuries that turned this rich mixture of Spanish, French, English, and American architectures that used to have in a hybrid of bad taste and scarcity, along with bad management (or lack of control) by notorious entities like the “Housing” and Physical Planning offices.
Let´s say that in our real and wonderful city aesthetics has for a long time ceased to be an important issue and we have bet on the most irresistible combinations of colors, protection railings, interior divisions, imposed architectonic barriers (let´s just attempt to walk through 10 de Octubre Avenue)… In any case, there is no need to build our houses according to certain parameters, what truly matters is building at any costs and having a safe roof. Anyway we got that headline and chaos is bringing about excellent results.
Our capital city, our green parks and parterres in substitution for devastation is competing with other Latin American cities like Mexico City, Quito, Mendoza in Argentina, La Paz in Bolivia, and don’t forget the development of Casablanca in Morocco, futurist city Kuala Lumpur in Malaysia, Istanbul in Turkey, Bombay in India, and Athens in Greece.
According to press cables, the group of experts announced a first selection of 28 cities among 77, which, in their opinion, “reflect the urban society diversity, especially when, for the first time in history, more than half the population in our planet lives in the cities”.
The aim of this contest is to promote debates on how cities are responding to present and future challenges. The seven winning cities will be released on December 7, 2014, and will be a reflection of how voters around the world conceive the model of urban civilization.

Qualifying for the contest makes us all proud. At least our city, the one we love and hate at the same time, that of songs, endless queues, that of the perennial Malecon, the “center of the universe” as Italian Jovanotti described it, is among the finalists and no matter how hard we try we cannot imagine Alamar, Lawton, Cotorro o San Miguel del Padron municipalities as models of urban civilization.