Lauren Cleto
in Technologies of Communication and Media
0 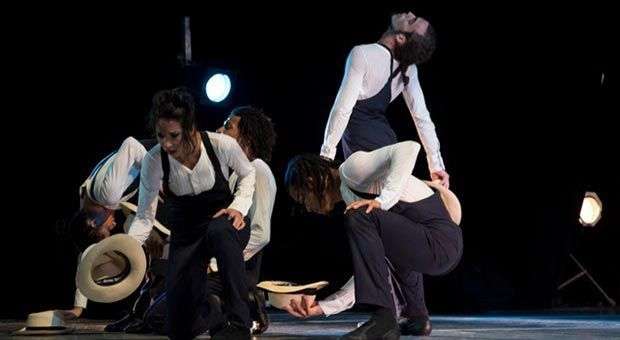 “Who has never been let down? Do not think that a system, or society, or the State, or a certain person is the one to blame. It is our illusions that let us down…”
Juan Form
Between 2011 and 2012, Danza Contemporánea de Cuba (DCC) lost almost a dozen of its best dancers. Some deserted, others were hired abroad and some others disappointed of dancing demanded a radical escape. And all of the sudden substitutes became true leading stars. And all of the sudden that generation that taught me a few things about dance was gone.
For reasons that are never clear, I no longer enjoyed Daile Carrazana and Osnel Delgado in DCC. After eight years Carrazana would come out looking for new experiences. Osnel questioned his desire for dancing.
In addition to being members of the company, Carrazana was also part of Santiago Alfonso and Osnel devoted some time to choreography. Outside the company they understood that the market usually subjugates dance, and your technical and artistic accomplishments are dodged. It is more important what you show of your body, the lavish wardrobe, the attractiveness and sensuality of movements. However, those who became first dancers cannot accept to go unnoticed. And after two years going through different paths, Osnel and Carrazana founded Malpaso.
Malpaso vindicates the life after DCC. It fulfills Osnel’s longing for dance and Carrazana’s ability to work. It is the result of a decision from the past. It is a learned lesson of what some people called a mistake.
It emerged with precise choreographic work, refined, clean in techniques and movements and with a repertoire envisaged to meet individual requirements. Yet, it will need new creative voices in order to be resized, it needs to choose its next dancers without shortages and it needs to find a capable figure to edit its dance.
Malpaso had its premiere this weekend at the National Theatre. If there were doubts on the creative processes that would characterize the project, the Ocaso duet and the trilogy Anoxia, Arritmia and Amorfia fulfilled my expectations. The trilogy will definitely stand out as the highlight of that troupe.
Nevertheless, that half empty theatre made me understand that this group of friends is at risk of not being followed by the audience or that this way of dancing, far from a legitimate company, will not gain visibility or resources to survive and thus, trying to subsist, it may become in what is requested from them rather than what it is meant to be. If today Cuba is afraid of launching them, let’s hope that the joint work with US choreographer Ronald Brown at the Joyce Theatre in New York will shape their path to success. I believe this weekend its dancers were prepared to face the risks.
Joan Rodriguez with his strength made dancing look simple, Carrazana was and is the prefect line, histrionics, but above all the experience along Osnel, who makes me believe dance is infinite and that he doesn’t even touch the floor when he dances unless he is lying down there. Taimy Miranda is a diamond in terms of physical conditions and her technique is spotless. Dunia Acosta and Manuel Duran are a beautiful history, but beyond that they represent a desire to dance. Randy Civico is precision and Maria Carla Araujo collaborates with Malpaso’s dream.
This “unknown” group was born surrounded by independent dance projects like Rakatan, Revolution, Habana Queens, Ebony, etc., but it focuses on a different perspective, in my opinion more formal and less superficial. My purpose is not to criticize the work by Rakatan, Revolution, Habana Queens, Ebony, which have their place, audience and life time. I am only questioning the memory of what this epoch could represent for future dance. Despite the talent of its dancers, who emerged from the best companies of the country, their purpose brings no benefit to the Cuban dance.
I can be called a radical. It takes more than a few lines to explain how economy and the dancers’ fatigue get mixed to the extent of taking them through that path. And it takes less than three lines to know that in the end, dancers, rather than dance, depend on these projects.
Nonetheless, Malpaso is walking on a different direction, at least that’s the way I see it. It focuses on movements, where the body takes the lead without tricks. It doesn’t make use of choreographic references or validated musicals, except for Benny More, but I love Benny More and for that I forgive them.
Today is just the beginning. No one knows what may come next. They just have to live on not at the expense of selling their dance.