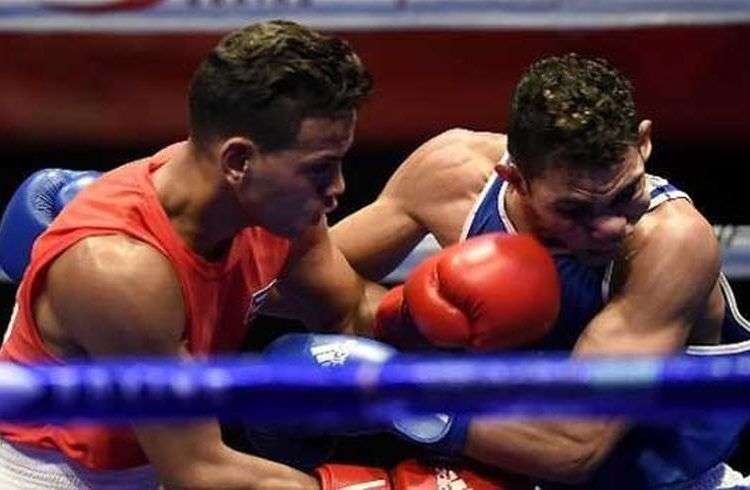 As expected the V World Series of Boxing brought no surprises for the Cuba Domadores. They achieved a stunning sweep over the Moroccan Atlas Lions in their turf at the Havana´s Sports City, until today impregnable bastion of our representatives at this event that is a mixture of amateur and professional boxing.

The Cuban franchise, current champion of the world contest, captured the attention of fans of this sport worldwide after its debut at the fourth edition in 2014. Immediately, its boxers were the center of attention for other teams once entered into force the (then) New Remuneration Policy for Athletes, Coaches and Sports Specialists, announced on September 27, 2013.

However, although for months people had speculated on the future presence of Cuban fighters in different teams at the WSB, the truth is that 2015 still doesn’t bring the long awaited announcement for athletes.

Actually, no Cuban boxer in 2015 can be hired by a foreign franchise. But still, neither can be either from a country that is already represented by a team in the WSB. The reason is simple, this is a year of Olympic rankings, and WSB will be one of the places where there will be fighting to win a ticket to the event in Rio de Janeiro in 2016.

As explained by Alberto Puig, National Commissioner of Boxing, “this is done to prevent the stronger countries to have two figures in some divisions and limit participation opportunities for other nations. This particular situation is for 2015, because next year the Cuban boxers could establish agreements with those franchises that are interested in them”.

At this point, Puig says that in the case of overseas recruitment “we are talking about the second, third and even fourth figures in different divisions, as our main exponents will always be with the Domadores”.
Retaining the crown in the WSB is an avowed goal for the franchise, as would be the first time that a country gets two titles event, confirms Puig. But Cuban aspirations do not stop there: the Pan American Games, the World Cadet and retrieve the top of the AIBA World Open Championship are other specific goals for this year that has just begun.
In the case of contracts Puig insists they are in the background, as the main issue is to “sustain the level reached by boxing in Cuba and raise it to the planes in which it was during the decades of the 1980s and 1990s”.

However, the official also welcomes this possibility “that is already approved, and helps these athletes maintain the shape in events of good quality for a long period of time.”

Regarding the possible number of fighters involved in this modality, the National Commissioner explained that the maximum number of foreigners hired by each team is three. “For this fifth season we had planned the insertion of three athletes in the Venezuela and Morocco franchises, and two in Italy and Kazakhstan, the latter one of the strongest teams of the Series”.

No doubt the news is encouraging, as it opens a great deal of opportunities for our athletes, who cannot box this year under other flags. But they are already, for the sixth edition of the WSB, the target of several teams waiting to have their services.