The 8th edition of the Arts Festival of the Higher Institute of Arts (ISA) will be held from May 29 to June 4 in Old Havana, as a tribute to the city that will reach its 500th anniversary in 2019.

Three competitions will take place as part of the event: Imago, Musicalia and the Celebration of the Young Restorer-Conservator.

Various areas of the capital’s oldest area, such as the Museum of Fine Arts, the Saint Philip Neri Oratory, the Hispano-American Cultural Center, the Visual Arts Development Center, the Oficios Gallery, El Arca Puppet Museum, The House of México and the Convent of Bethlehem will host the ISA Young Composers Concert, dance shows and the inauguration of a large number of visual arts projects that can be seen here. 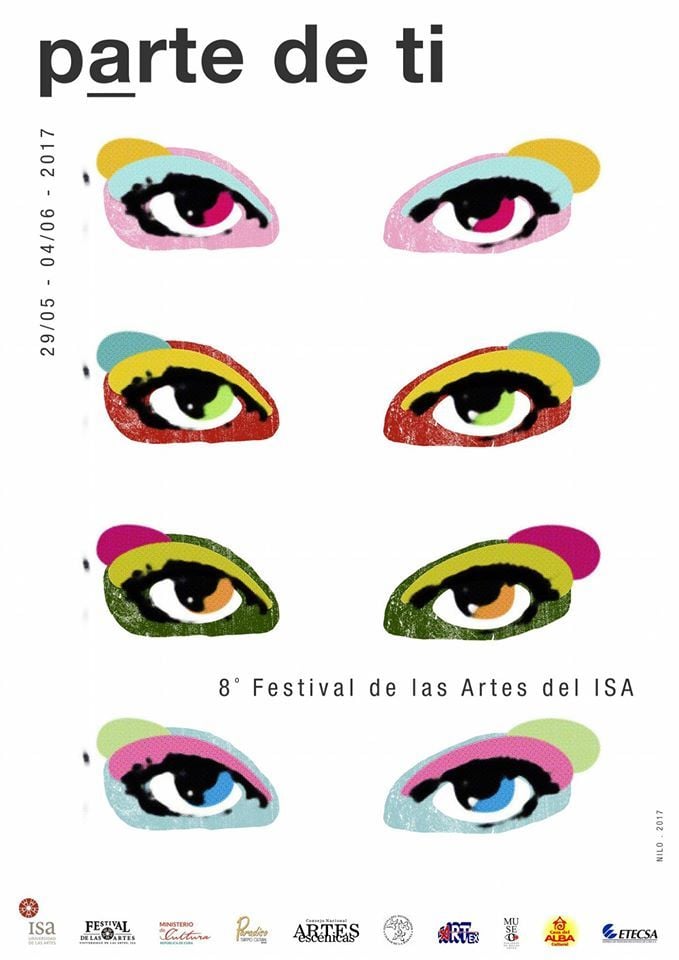 Most of the theatrical proposals of the event will be concentrated during those seven days in different times in the Bertolt Brecht Cultural Center.

The play La isla en peso, directed by Frida Lobaina is added to the billboard of the Brecht on Tuesday, May 30 at 8:30 pm and it will be presented in the Tito Junco Hall. 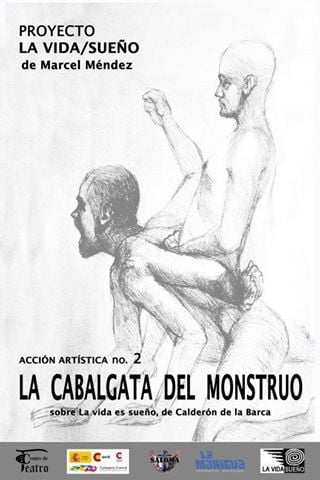 La cabalgata del monstruo, a one-person show based on La vida es sueño, by Pedro Calderon de la Barca, and directed by Marcel Méndez will also be presented at the Tito Junco Hall on Wednesday, May 31 at 8:30 p.m.

The play 10 million directed by Carlos Celdrán and released in 2016 celebrating the 20 years of the Argos Teatro Company, concludes its presentations this weekend at the grup’s headquarters.

The play contains the conflict of a Cuban family before the dilemma of “leaving or staying” and the moral debate generated by that decision, marked in the context of the harvest of the 10 million and the events of the Embassy of Peru in 1980, according to Celdrán himself:

The child, then the adolescent, and later the young, grows divided between the repressions of an authoritarian mother (captain marked by the political effervescence) and the visits that her allows him to do to his father (relegated in a Country village, with the whole family in the United States) only once a year. Thirty years later, the son tells how he went to see his father in the United States and met his family “there”, how his mother later renounced his ideology and left as well.

As part of the dance proposals of the 8th edition of the ISA Arts Festival, the folk troupe Raíces profundas, directed by Idolidia Ramos, will present a concert program on Saturday, June 3 at 8:30 p.m. at the Bertolt Brecht Cultural Center. 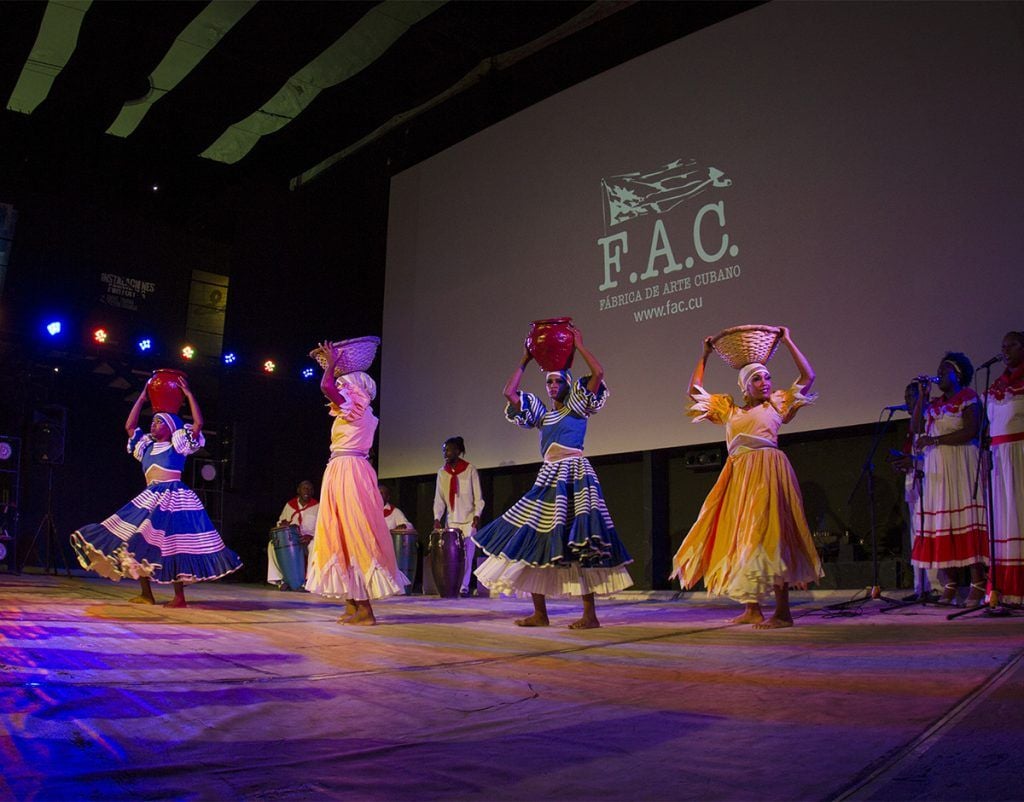 The Crusade in Concert

La Cruzada, a project led by Rodney Garcia and Gustavo González, which defends an aesthetic of urban music with influences from reggae, electronic music, pop-rock and jazz, is presented on Monday, May 29 at 9 pm in the ISA (9th St. and 120th St., Playa) at the opening of the Arts Festival.

The Beatles at John Lennon Park

The 50th anniversary of Sgt. Pepper’s Lonely Hearts Club Band by The Beatles will be celebrated in Havana with a tribute concert at John Lennon Park in Vedado on June 1 at 6pm. 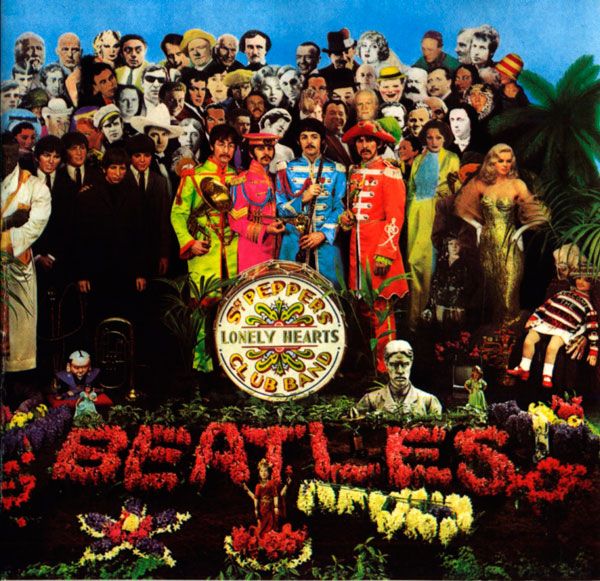 Sgt. Pepper’s Lonely Hearts Club Band is the eighth album by The Beatles. It is among the best selling in history with about 32 million sales and four Grammy Awards in 1968. In the Havana concert – directed by X Alfonso and the Cuban Art Factory – the children’s company La colmenita, La Flota, Héctor Téllez Jr, Los Kent and Sweet Lizzy Project will perform among other artists. 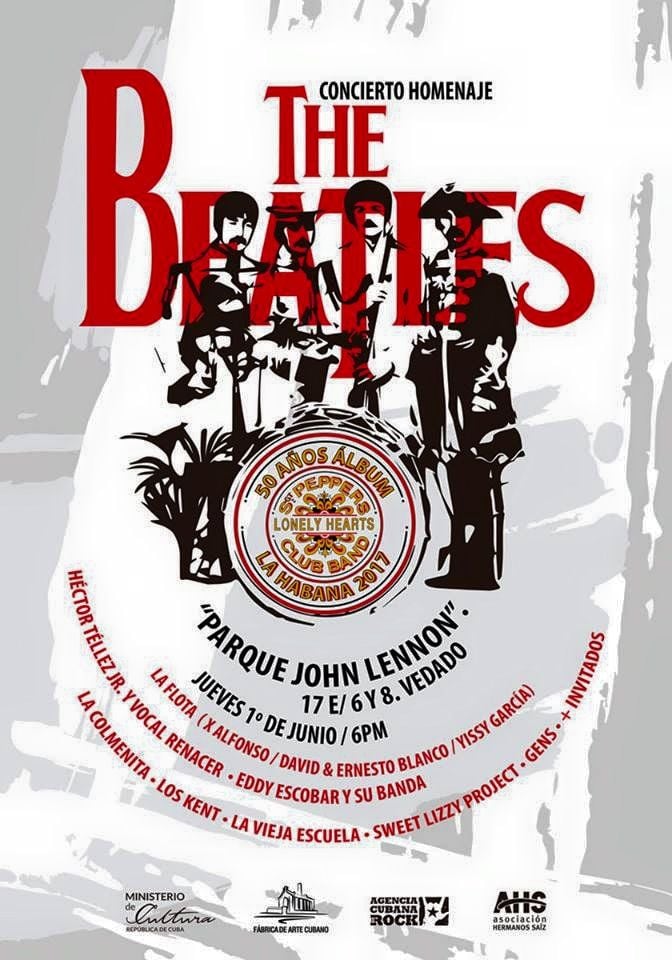 Folds on the Mella

The American pianist and singer Ben Folds, former vocalist of the musical group Ben Folds Five, will perform a concert on Sunday, May 28 at 5 pm in the Mella Theater. The guests artists will include musicians Otto Santana, Annie Garcés and singer-songwriter David Torrens. 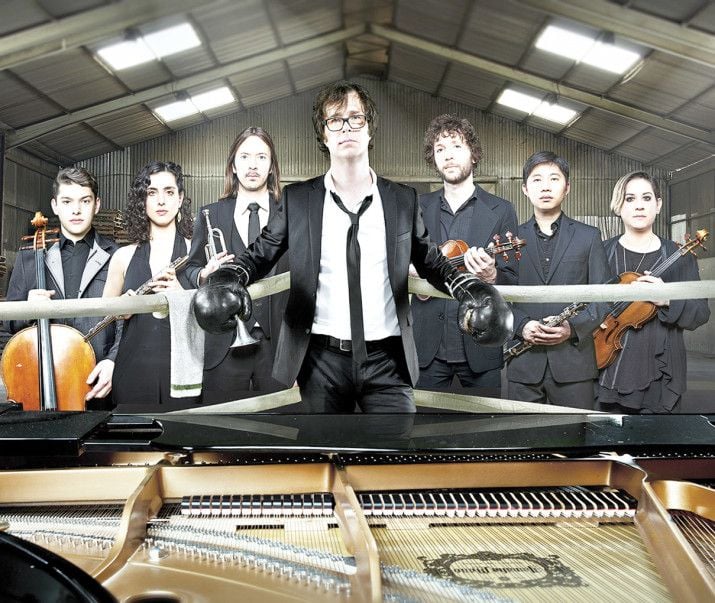 Benjamin Scott Folds, better known as Ben Folds, became a YouTube phenomenon in March 2010 due to a video titled “Ode to Merton” in which Folds improvised songs about people appearing on the popular social network Chatroulette in the style of Merton, another artist with a lot of followers on YouTube. He has also worked on several children ‘s films as Invading Neighbors and Returning to School 2. 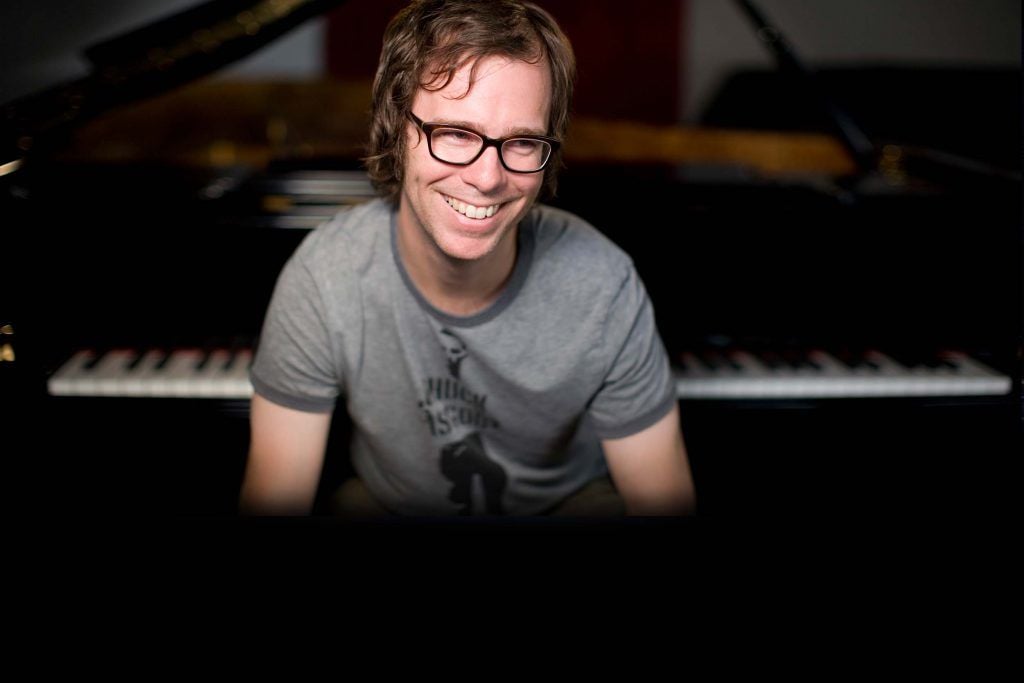 The young Cuban saxophonist Michel Herrera will be presenting with his project Madre Tierra today, Friday, at 11 pm in the club La Zorra and Cuervo. 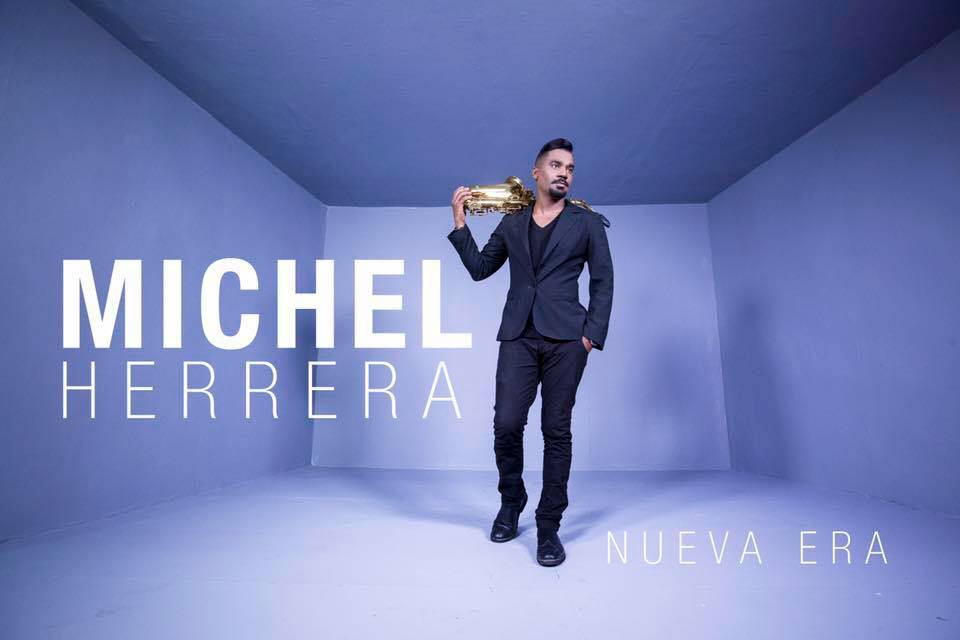 Habalama, a Cuban rock band whose main repertoire are versions of songs from the 80’s to date, is presented today at 9 pm in the Yellow Submarine. 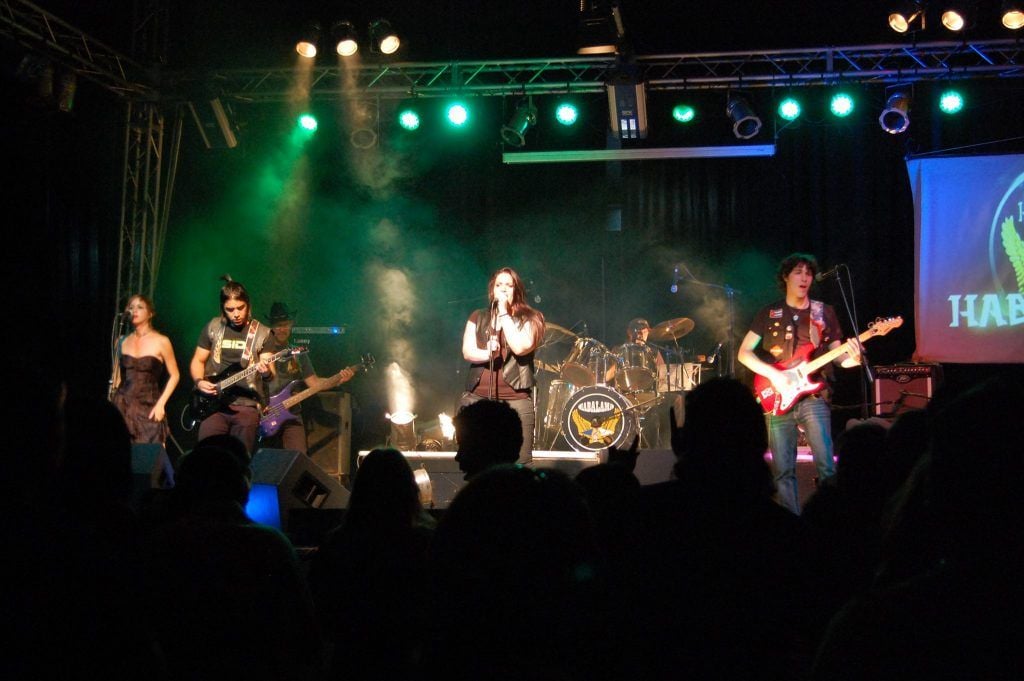 The 6th Encounter of Popular Voices, which begun last May 22 in Havana, reserved a concert of the Mexican singer Eugenia León, one of the most outstanding voices of the contemporary musical panorama of Mexico, for the closing ceremony taking place next Sunday 28 at 8:30 pm in the Avellaneda Hall of the National Theater.

The artist, Latin Grammy Award to Musical Excellence and with a career of more than 35 years and 26 recorded albums, arrives to Cuba this year for the fourth time, because she was previously in 1978, 1982 and 1986, where she is remembered above all for the recording, next to Pablo Milanés, of the song “Ya se va aquella edad”, included in the album Querido Pablo.

Cuban percussionist and singer Brenda Navarrete will perform a concert on Wednesday May 31 at 5 pm in the Club Barbaram (26 Avenue, Nuevo Vedado) as part of the project Candil de nieve. 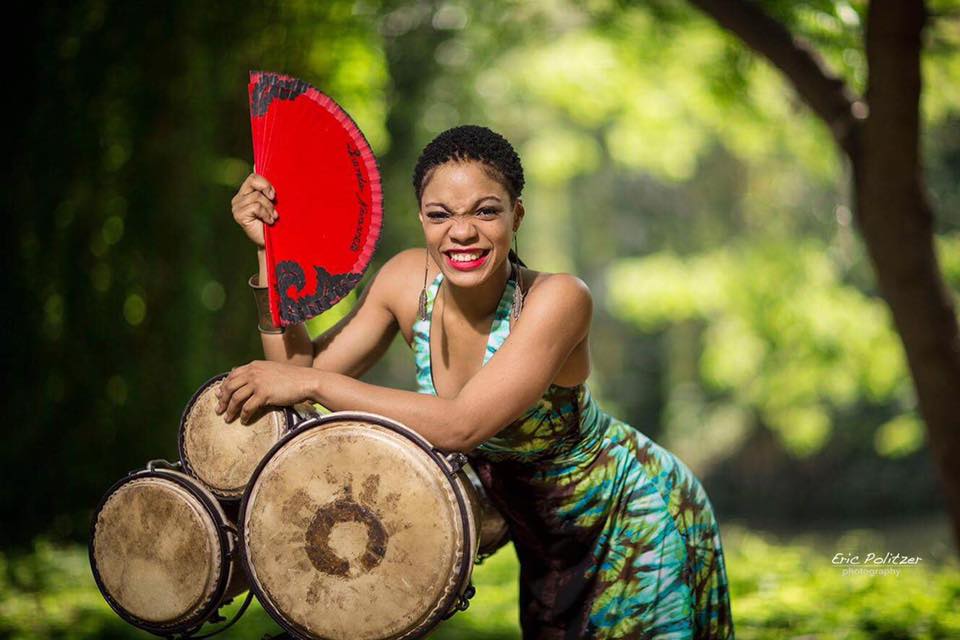 The Age of Wrath (from Guayasamín)

An exhibition and conversation about engravings and other pieces belonging to La edad de la ira, one of the stages of the work of the Ecuadorian painter, draftsman, sculptor, graphic artist and muralist Osvaldo Guayasamín, take place from this May 18 to June 18 in The Osvaldo Guayasamín House in Old Havana.

La edad de la ira is the second series of Guayasamín, composed of 260 works. In these pieces the artist reflected the suffering of the poor people in Latin America.

Here is humanity standing, in living cry, in despair. Mankind, twisted, without hope, with no other horizon than weeping. Everything is alive, all violent and demanding; incisive emotion of undeserved pain. Large, impotent images, which are the most monumental exaltation that man has done so far to his shames, says the critic José Camón Aznar about the exhibition. 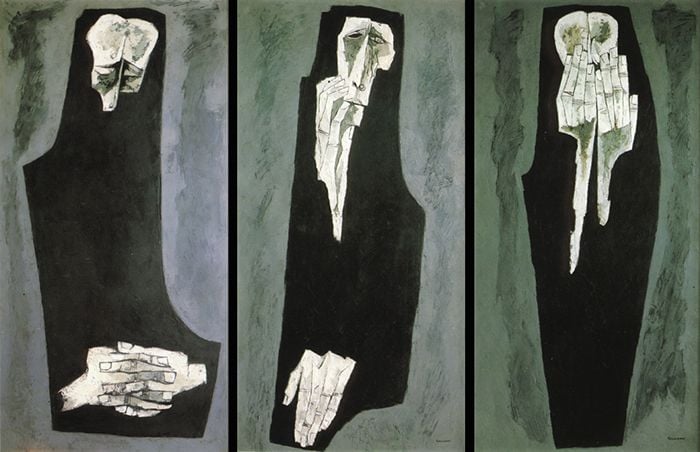 Women crying I-VII is a group of seven works that represents the suffering of the Spanish people during their civil war. Each family lost a husband, a brother, a son. Ultimately, it used to be women who were left to mourn their absence. This is why the forms of each woman resemble a coffin, while their expressions show the most common reactions: pain, anguish, prayer, resignation.

All the things she says 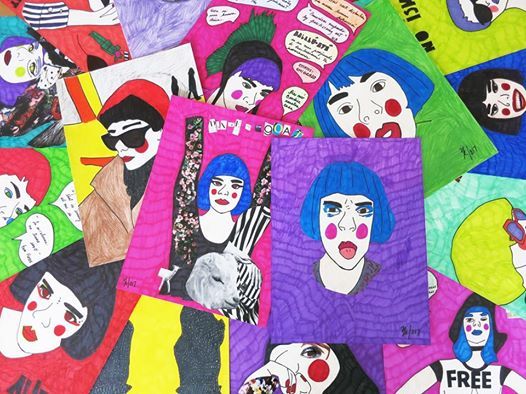 Todas las cosas que ella dice are pieces ranging from drawings and collages to installation, sculptures and video. For the first time the works “The manifesto of anger”, “Drawing my escape from the corner”, “Compositions: The form of a thought” and “The orgasm of the pocket” are presented in this exhibition.

Exploring notions of isolation, oppression, and marginality, Yali Romagoza brings us closer to the thought process of what is said and/or silenced, and vice versa; to the behavior associated with our various experiences and interpretations of the thinking and saying acts.

The visual language of the exhibition is characterized by humor and provocation, which turns upside down expectations in a playful and subversive way. It reveals the tension between internal psychology and external reality, and relates observation and knowledge as mental states, says journalist Maritza Mariana in Radio Ciudad de La Habana.

Love, the best of the 21st century

The 23 y 12 Cinema presents today at 6 pm the film Amour by the Austrian filmmaker Michael Haneke, which is ranked 42 on the list of films chosen by the BBC as the best of the 21st century. 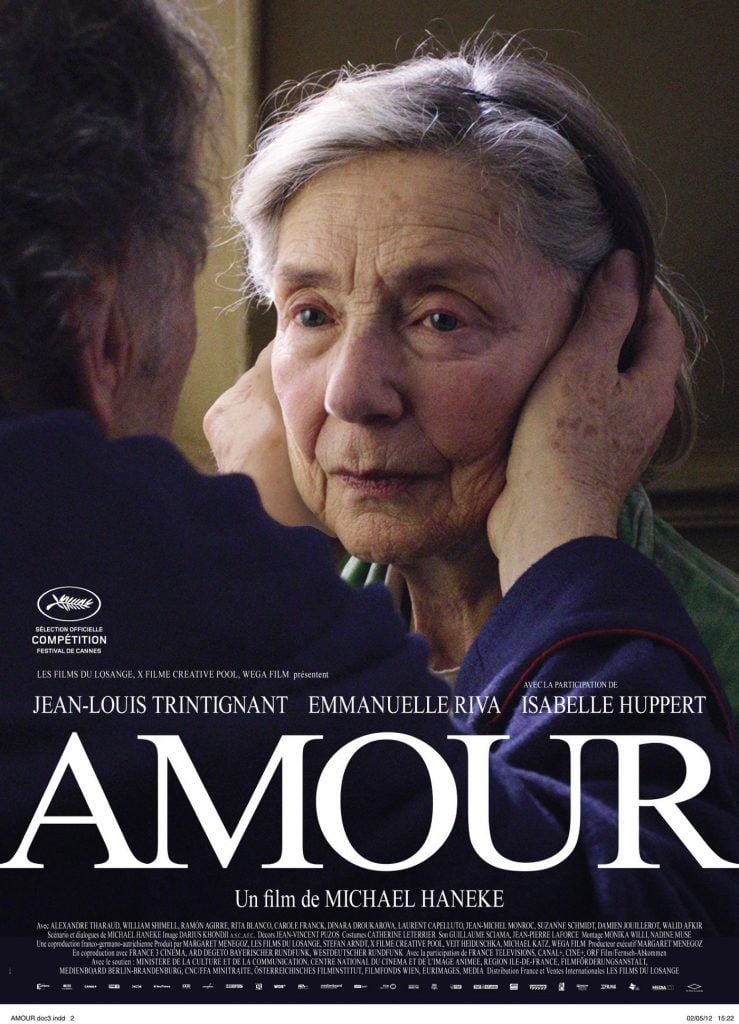 The film has won numerous awards since its debut as the Palme d’Or at the Cannes Film Festival; Best film, director, actor and actress at the European Film Awards; and best non-English speaking film at the Golden Globes.

Amour / Michael Haneke / France-Germany-Austria, 2012: In this crude portrayal of old age and death, an octogenarian couple lives in Paris already retired from the music world. The love between both will be put to test when she suffers a serious paralysis.

Dominó, the 13th short film of the Nicanor saga directed by the filmmaker Eduardo del Llano will be presented on June 1 at 1 pm in the Union of Writers and Artists of Cuba, located at 17 St. corner to H St., Vedado.

In a humble neighborhood in Havana, four individuals play a game of dominoes: Rodriguez and Nicanor against Sangremono and Pepe the Victim. After starting the game, Rodríguez suddenly comments that he has heard of an unusual news that concerns the future of the country and each one of its inhabitants…

According to what its director Eduardo del Llano said to OnCuba, “it is a short film about the feeling that many citizens have about the fact that there is as a void between what happens the high spheres and the common people, like a hiatus, and suddenly one finds out about things when they are already done. The film presents a hypothetical situation although it would not be totally impossible that it happened. It is quite provocative and corrosive. But that’s just it. It has to do with the domino game because of the circumstance in which it takes place. “