byEileen Sosin Martínez
in Technologies of Communication and Media
0 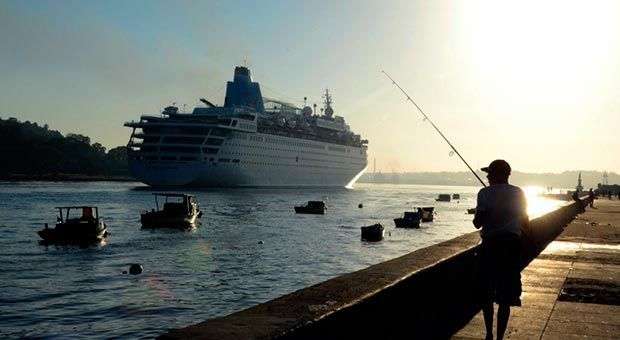 It is the first time that David Hill comes to Cuba. He had a good trip, about two weeks with just a small stop. He had already booked the excursion to Viñales , and chose for tomorrow the Havana Highlights route.

David is one of the 1,200 passengers who arrived very early to board the British Thomson Dream cruise, operated by the TUI group, one of Cuba’s main partners in international tourism.

Thus began the season of this modality in the country, during which 125 cruise arrivals are envisaged. That figure represents a significant growth, according to Jose Manuel Bisbet , commercial director of the Ministry of Tourism.

Now for next week a ship from the United States is expected and one from Canada. The Thomson Dream will return to Cuba in 2015, and will touch Cuban ports six times between January and April.

The reception of the boat is provided by the Cubatur travel agency, which this time offers a package of visits to Guama, Viñales Valley, Tropicana, Cabaret Parisien, and the 9 PM cannon shot ceremony, the Havana’s colonial environment and Havana night. The itinerary is always subject to change, taking into account the interest of the cruise passengers.

Cuba has great potential for this activity, especially for its elongated geography, plus attractive stopovers, such as the Isle of Youth and Cayo Largo.

Projects associated with the festivities for the 500th anniversary of the capital, by the progressive transfer of economic activities in the port of Havana to Mariel, complete a predictable competitive scenario in the area of the West Indies.

November and December have shown a considerable increase in tourist rates, which will balance the tendency expressed so far. This will close the year with similar numbers to 2012

Canada remains the main emitting market, with an increase of 16 %, and will reach the figure of a million visitors to the country. Next in importance are England, Germany, France and Italy.