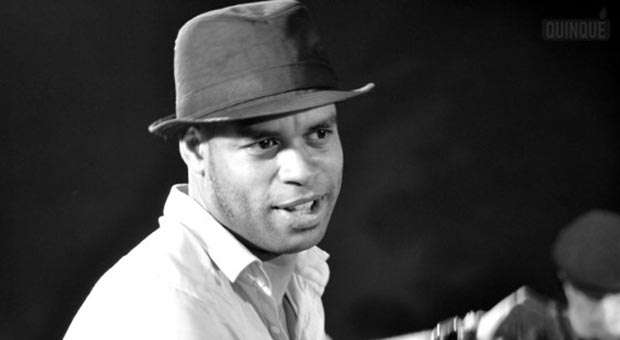 Roberto Fonseca told me last August that ¨Yo (Jazz Village / Harmonia Mundi),¨ his new album, was a “bridge between modernity and tradition, between acoustic and electro -analog sounds, where all age groups can feel identified.”

The selection made for the 56th Grammy Awards ceremony has also perceived that concept and has nominated the young Cuban pianist and his band ¨T emperamento¨ to the prize, to be delivered on January 26 at the Staples Center in Los Angeles, United States.

Although Fonseca´s nomination has had little impact on the mainstream media, in a hurry to reflect the artists from the region most favored by the market as Marc Anthony and Carlos Vives, the worth of Roberto’s album is a fact.

So Yannis Ruel says in the words to the CD when encouraging music lovers to listen to it: “To people who still wonder who Roberto Fonseca is and all those who think to know him well, the Cuban musician answers with Yo, a n epic to the meeting with jazz, traditional music and soul, a journey from one side to another of the black Atlantic, an album featuring a new artist, not because he has changed but because his talent still hides amazing surprises.”

Meanwhile, Yo is a phonogram which reinvents the way to articulate the sounds to give it a universal nuance to its content. Roberto Fonseca said that “the album, no matter its musical style, is a place where all cultures are equally welcomed, respected and heard.”

An entire creative world is developed in 14 tracks that is complemented through the contributions of each member of Temperamento, or what is the same Javier Zalba (saxophone, flute and clarinet), Ramses Rodriguez (drums) and Edgar Martinez (bass).

With six previous albums, including Sin Limite, Elengó, Zamazu, Live in Marciac, Tiene que ser and Akokan, and collaborations with international figures such as Omara Portuondo, Fonseca, accompanied by his group is making right now presentations in France, on a tour that starts on December 7 to 15, according to his official website. Next March they will return to Victor Hugo’s land, after a journey through Australia, Hong Kong and Sweden.