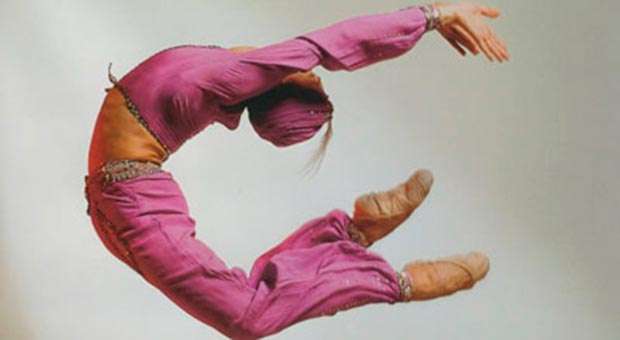 For Vladimir Malakhov, the marvelous blond of the mythical Bolshoi School, a scenario is the safest place in the world. He tells it without hesitation, without breathing between the question and the answer, with the same determination he uses in his twists.

He is in Cuba again, but now Havana people can not see him dancing, Holguin city will have that privilege and the entire east of the island is waiting for his performances at Eddy Sunol Theater, next December 6 and 7.

This Ukrainian, pampered by ballet lovers, confesses that the most important of a show is the public, regardless of the place where it belongs, “If they enjoy, I’m happy.”

“I do not dance for myself, I try to give everything to the audience, all my emotions, if they return them to me, then I get satisfied. Sometimes I felt that I give a lot, and I get very few in return, luckily it only happens rarely! “In fact, the public decides what is the perfect performance, is the one who judges it, I’m never completely satisfied with my performances, even when everyone tells me that I did it perfectly, I always want to know what is wrong, what could I do better …

“I like receiving compliments, of course, but it is more profitable to listen to negative reviews, this way I can polish up my dancing. Besides, I am a perfectionist and always want to do better, to take a step further, going further …”

He has visited the most famous theaters in the world, but refuses to speak about preferences for one or the other, because “each scenario is unique and I keep a wonderful memory of the cities where I act, it does not seem me fair to put someone in the top and relegate others.”

And although he does not say it, perhaps Tokyo is the most generous city with the dancer, there he is as revered as a rock star and Asians obstruct entrances to theatre halls only to see him pass and maybe having the privilege of touching their dancing god. In 1985, I first went to Japan with the Bolshoi School and the public loved me, so a relationship that still lasts began. Today, the best companies want to perform in that country, if you are important in the world of ballet, you have to go to Tokyo. “

But Malakhov also feels a strange fascination for Cuba and its people; he believes this island is a unique country that has not been discovered yet.

“Many friends from here, as dancer José Carreño, encouraged me to come and I tried to make a space until I managed to do it.

“In addition, Russia and this island have very strong bonds and I want to continue them in the world of ballet, through this project I intend to build new bridges.

“I have not yet been able to discover exactly what Cuba is, I want to understand it better, I need to come here more often, seeing other realities beyond art, and it is very difficult to discover what I’m missing in a few days.”

For the time he will perform in Holguin, there he takes his personal vision of classical dance and also his longings to check whether Cuba is like sold images of it.

Meanwhile, this great ballet dancer fiercely defends Russian technique and oriental style and considers that it is too early to speak about legacies. He neither confesses his dreams or future plans, because he prefers to surprise.

“According to Russian superstitions, if you tell your dreams, they will never come true, that is why I do not say them, and prefer silence.
I will always be seen in something new because my greatest wish is to stay many years in ballet.

“I have a lot of plans , ideas … but can not tell them, I want them to be fulfilled.”

Now he focuses all his passion here in the project ¨A gift from Malakhov¨, in which participate the Cuban company Codanza, Holguin Chamber Ballet and other prestigious groups of Cuban east.

People can’t wait to see him in Voyage, neoclassical style piece made ​​ especially for him by Italian choreographer Renato Zanella, as the dancer hates traveling. With his impeccable technique he will also perform the solo of The Dying Swan, a version with modern air in which he appears almost naked on stage.

And maybe just few remember that in 1996 he danced in New York with Alicia Alonso in ¨El espectro de la rosa¨. He does not forget it and wants to remain part of Cuban dancing scene.

He also wants to extend his “gift” to other cities such as Havana “because everyone loves the dance in this country either classical ballet, folk, salsa, rumba …. To Cuban dancers I just want to tell them to be happy, to keep that joy forever. “

Several European cities continue claiming for motherhood of this Ukrainian-born Russian citizen, who at four years began studying ballet, was formed in the Russian Bolshoi School and was the youngest Principal Dancer in history- but now Holguin pampers and takes care of him, while the illustrious Havana, so accustomed to take the best, can only feel jealous.