The Ministry of Public Health (MINSAP) reported 10 deaths and 1,185 SARS-CoV-2 virus infections this Saturday. April, paraphrasing the poet Eliot and taking into account the number of deaths, is now the cruelest month for Cuba in its fight against the pandemic. 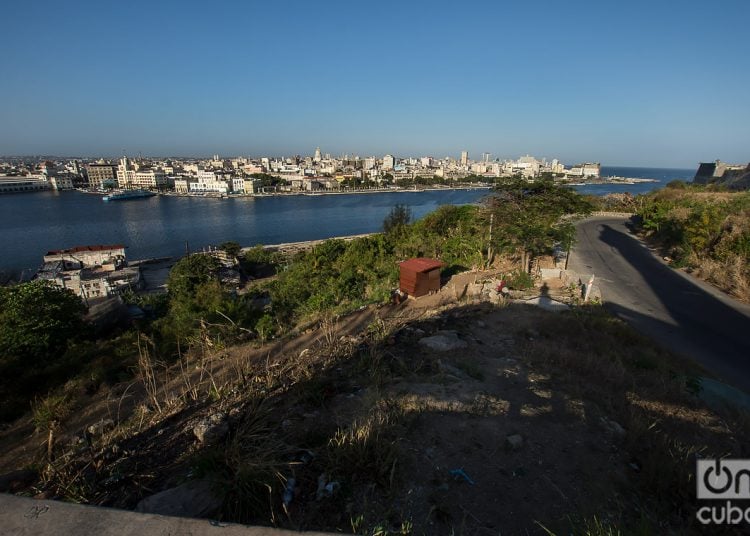 Carretera de La Cabaña, on the east side of the bay of Havana. Photo: Otmaro Rodríguez.

April has become the month of “greatest epidemiological complexity,” said Dr. Francisco Durán in his television appearance this Sunday, where he reported 10 deaths and 1,185 SARS-CoV-2 virus infections informed by the Ministry of Public Health (MINSAP) this Saturday.

“The forecasts are not promising, since they all indicate increases,” commented the head of Epidemiology of the MINSAP, who continues to call for responsibility and to comply with the measures aimed at overcoming the outbreak of this disease.

April, paraphrasing the poet Eliot and taking into account the number of deaths, is now the cruelest month for Cuba in its fight against the pandemic, adding 166 deaths of the 569 that have occurred since March 2020. The fatality rate in this period is 0.66 %.

Regarding infections, the majority of those diagnosed owe the virus to autochthonous transmission, 1,136; 1,113 were contacts of confirmed cases and the number of those who contracted the disease abroad rose to 49.

Most of those who “imported” the virus were Cuban travelers from Russia, Spain and the United States. In addition, 17 foreigners tested positive after the MINSAP laboratories processed 22,237 samples. Four of them owe the contagion to autochthonous transmission (two Colombians, a Congolese and a Pole), but not 11 Indians and an Angolan.

The territories with the highest figures were Havana (715), Matanzas (175), Santiago de Cuba (58) and Mayabeque (54). On the contrary, Villa Clara (eight) and Guantánamo (five) reported less than ten. The Isla de la Juventud special municipality did not register cases.

Regarding incidence rates, which Cuba has increased to 139.7 per 100,000 inhabitants in the last fifteen days, Havana, Matanzas and Sancti Spíritus present the highest indicators. Eight municipalities in the capital, three from Matanzas and one from Spíritus concentrated 37.2% of the transmission in that period.

The highest risk groups show little encouraging signs on this day, since 172 children under 20 years of age were diagnosed, and 160 of them were of pediatric age. Yesterday registered the highest number of active cases in these ages, according to Dr. Durán, with 815.

43.6% of the diagnosed on Saturday were asymptomatic.

There were 1,147 discharges, with whom there are already 95,095 patients who have recovered from the disease on the island, although this does not mean that they have been free of aftereffects.

Until midnight, 23,264 people remained hospitalized, confirmed active cases rose to 5,761 and 64 patients were in ICUs, 33 in critical condition and 31 in serious condition.

Tomorrow, in addition to today’s record of deaths, April will have accumulated the highest number of infections in 13 months of confrontation with this virus.