938 new cases and six deaths in the day. 1,227 discharges. April accumulates 26,175 infections and is therefore the worst month for the island in terms of this record during almost 14 months of confrontation with the disease. 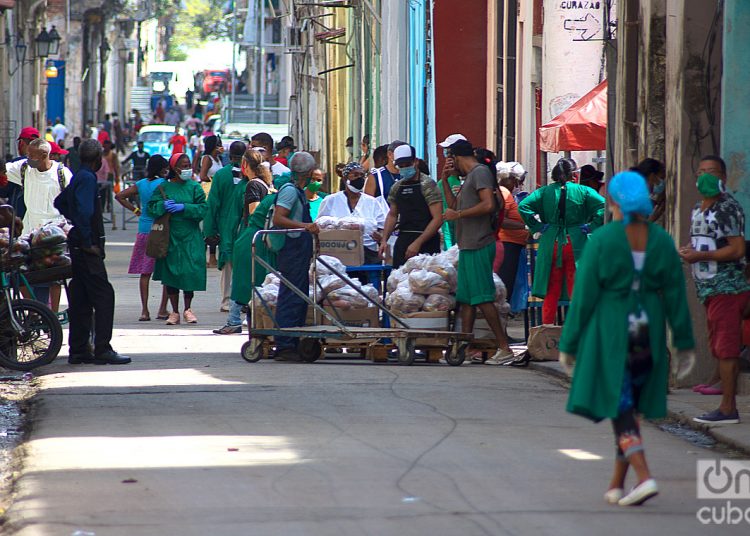 The contagions produced by the SARS-CoV-2 virus fell to 938 and the number of deaths also experienced a decrease, after this Sunday’s six deaths, according to the report issued this Monday by the Ministry of Public Health (MINSAP).

The data of the deceased: four women and two men, aged between 57 and 88 and resident in the municipalities of Diez de Octubre, Arroyo Naranjo, Marianao (Havana), Cárdenas and Jovellanos (Matanzas).

With them, the death toll from the pandemic on the island now stands at 597; 178 of them have been registered so far in April, a month that accumulates 26,175 infections and is therefore the worst for the island in terms of this record during almost 14 months of confrontation with the disease.

The majority (900) of infections are due to indigenous transmission. Of that number, 881 were contacts of confirmed cases and the “imported” cases also decreased, this time to 38.

In the case of those who acquired the virus abroad, the majority were Cuban travelers from Russia, the Dominican Republic, Denmark and Panama. In addition, five foreigners tested positive for the virus in a day in which 24,019 samples were processed in the Molecular Biology laboratories of the MINSAP.

Regarding incidence rates, nine municipalities in Havana, two in Matanzas and one in Sancti Spíritus concentrated 42.9% of the transmission in the last 15 days.

Yesterday there were 1,227 discharges while 23,056 people continued to hospitalized because of COVID-19, 64 of them in intensive care, 34 in critical condition and 30 in serious condition.

41.4% of those diagnosed on Sunday were asymptomatic.