The volunteer selection process was carried out after verifying the safety of the drug in volunteers aged 12 to 18 who received the first dose, according to executives of the Finlay Vaccine Institute (IFV). 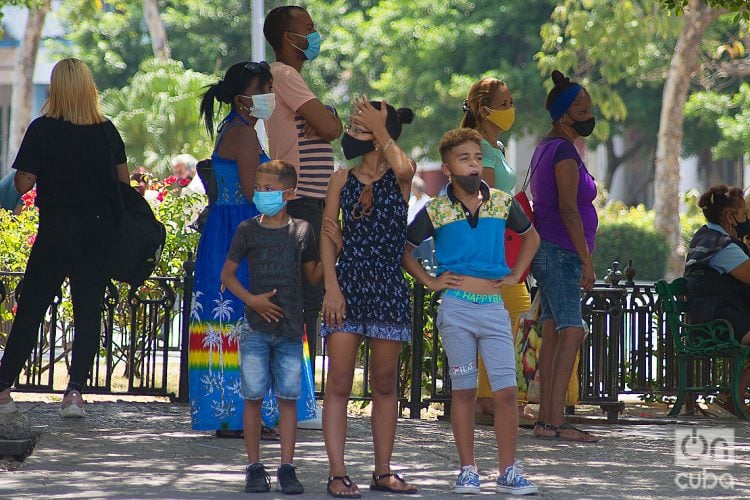 Cuba began testing on Monday its Soberana 02 and Soberana Plus vaccine candidates in 25 children between the ages of three and 11, as part of the clinical trial called Soberana Pediatría.

The volunteer selection process was carried out after verifying the safety of the drug in volunteers aged 12 to 18, who received the first dose, according to executives of the Finlay Vaccine Institute (IFV), quoted by the official Cubadebate website.

The IFV deputy director, Dr. Yury Valdés, explained that the specialists conducting the study followed up on the first group that received the vaccine candidate after 24, 48, 72 hours and a week after being vaccinated.

Soberana Pediatría will have 350 subjects from three to 18 years old, who will receive two doses of Soberana 02 and one of Soberana Plus at 28-day intervals.

As announced by the director of clinical research at IFV, Dr. Meiby de la Caridad Rodríguez, in this clinical trial they will not wait for phase 1 to finish before moving on to the next “but it will happen in a gradual way, overlapping one stage with another, following a strict ethical protocol and complying with established good practices.”

The sample of teenagers participating in the trial will be extended to 150 as of this Monday, the source said.

In the midst of its worst wave of COVID-19 infections, the immunization of the pediatric population against the contagious disease is vital to stop the transmission of the virus that has already affected 24,982 patients under 18 years of age, the specialists highlighted.

The vaccine candidate developed by the Finlay Institute, Soberana 02, showed an efficacy of 62% against the coronavirus with the two-dose scheme in phase III of clinical trials in the adult population, although specialists foresee better results from the three-dose scheme, which includes a booster with Soberana Plus.

Fear of Florida: Why Biden doesn't act on Cuba