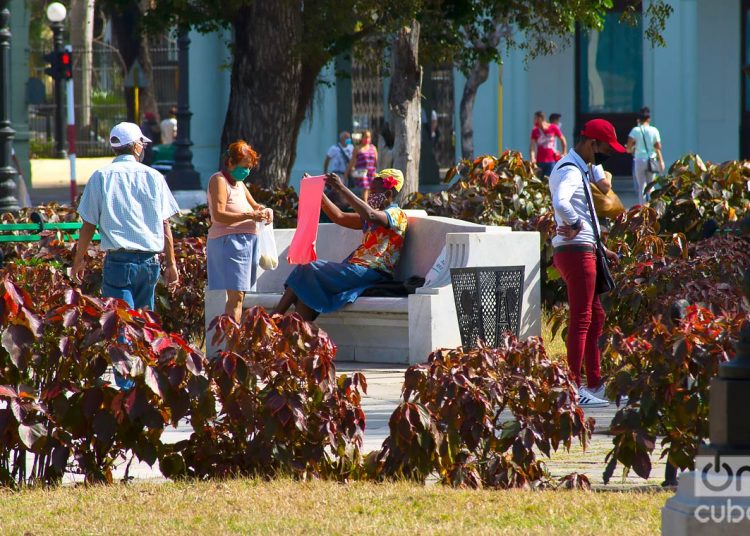 The 670 infections from the SARS-CoV-2 virus reported until midnight this Tuesday represent the lowest figure in the last 21 days, according to Dr. Francisco Durán in his daily televised appearance.

“Although the figure has dropped, we have a high risk; and in certain provinces the risk is higher”, Durán pointed out.

The provinces that report the highest number of cases are still led by Havana, with 364 infections, followed by Santiago de Cuba (83), Pinar del Río (53), Camagüey (41), and Ciego de Ávila (33).

The capital is also at the top of incidence rates, with nine municipalities among those with the highest rates. In general terms, they are followed by Mayabeque, Santiago de Cuba, and Guantánamo.

The epidemiology specialist once again underlined the number of children and adolescents reported daily with COVID-19. The figure was 96 this time, two of them under one-year-old. But, a total of 114 children under 20 years of age were diagnosed with the coronavirus on this day.

Most of the new cases (656) are due to autochthonous transmission, 641 were contacts of confirmed cases, and in 14 individuals the virus was acquired abroad.

There were 905 discharges, but again four deaths were reported, residents of the provinces of Havana and Pinar del Río: three men, one woman, aged between 67 and 85.

The number of deaths is already 312 and 96 of them have lost their lives so far this month. The fatality rate on the island is 0.66%.

The imported cases mainly involved travelers from the United States, Italy, Spain and Russia. Three foreigners were also reported with the disease, with nationalities from Chile, the United States and Ecuador, although they resided on the island.

Until midnight, 19,887 people remained hospitalized; 61 in intensive care: 33 in critical condition and 28 in serious condition.

According to the Ministry of Public Health (MINSAP), yesterday 18,337 samples were processed in 21 of the 22 laboratories that the country already has to study the coronavirus.