The alarming figures registered in 2021 contrast with the reports of the previous year, when 110 pregnant and postpartum women were diagnosed with SARS-CoV-2. 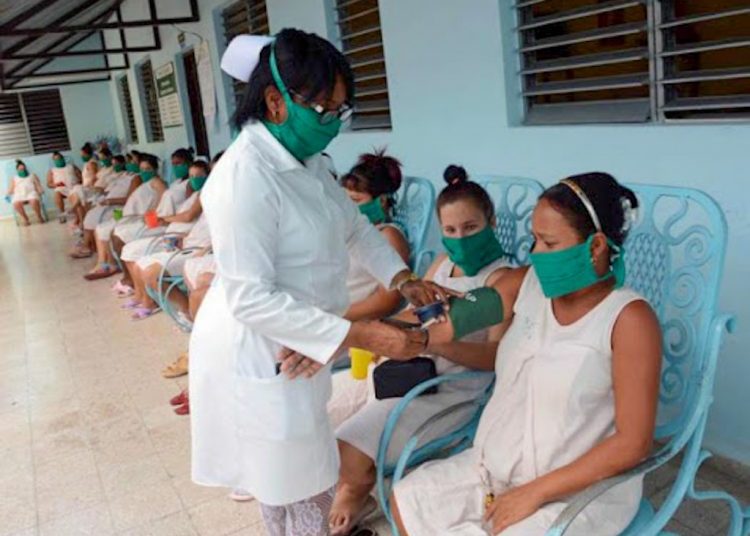 More than 700 pregnant and postpartum women have been infected with COVID-19 so far this year in Cuba, of which 15 presented serious symptoms of the disease, three reached critical states and one died, according to the island’s health authorities.

The alarming figures registered in 2021 contrast with the reports of the previous year, when 110 pregnant and postpartum women were diagnosed with SARS-CoV-2, according to the Cuban Ministry of Public Health (MINSAP).

In addition, in recent months 19 births by patients confirmed with the contagious disease were reported, of which nine gave birth naturally and in 10 cases cesarean sections were performed.

The specialist of the MINSAP Maternal and Child Program, Mercedes Piloto, clarified that the cesarean section is performed “as indicated by the gyn-obstetrician, not because of COVID-19- related effects,” unless a patient manifests severe symptoms of the illness.

The doctor explained that there is no scientific evidence of transmission of the virus from mother to child during pregnancy, adding that breastfeeding is not suspended, but health measures are taken to avoid infecting the baby.

According to Piloto, “pregnant and postpartum women constitute a population at risk because they have a significant susceptibility to changes in their anatomy and physiology, which make them more susceptible and, therefore, they are more prone to developing complications.”

The specialist warned about some patients who received medical attention late, because they arrived in a serious or critical condition at the health institutions. And she stressed that pregnant women should see a doctor for any respiratory symptoms.

“Our protocols especially emphasize care for the maternal and child population, with its specificities that range from prevention to treatment and management of convalescents in primary health care,” said Piloto.

Cuba is experiencing a complex outbreak of the infectious disease, which has triggered the negative statistics of the disease. This Monday, the MINSAP reported a new record of daily infections with 1,183 cases in the last 24 hours, and also added another seven deaths, with which the positive cases exceeded 95,000 and the deaths reached 538 since the beginning of the pandemic.