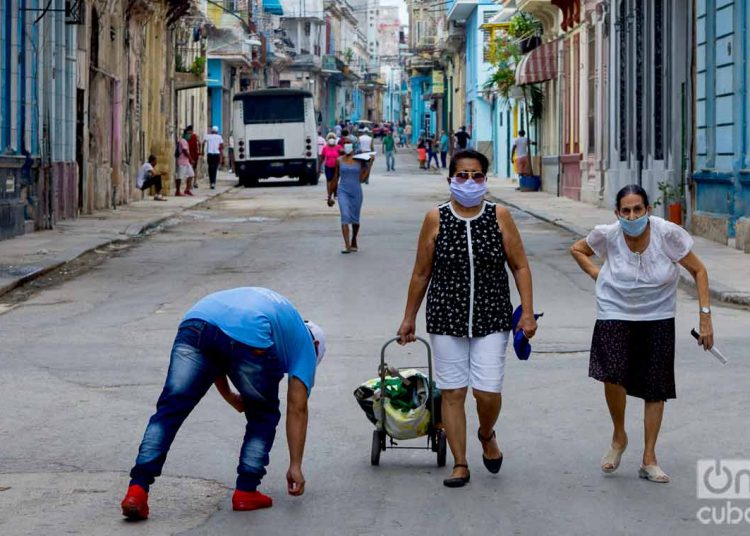 Men predominated over women (54-12) and, with this data, 51% of those infected, to date, correspond to the male gender, according to Dr. Durán. Photo: Otmaro Rodríguez.

Less than 12 hours before the end of September, Cuba reports 66 new contagions from the SARS-CoV-2 virus, according to the health authorities in the report issued today .

65 of them correspond to Cubans and one to a foreigner, a French temporary resident who acquired the disease on the island.

65 were autochthonous cases and one is imported, which, according to Dr. Francisco Durán, goes to the records of the province of Granma, Jiguaní, where the 32-year-old woman resides. She was diagnosed during her quarantine after returning to the country.

61 were contacts of confirmed cases, in four individuals the source of infection is not specified and one, as was said above, acquired the disease abroad.

Men predominated over women (54-12) and, with this data, 51% of those infected, to date, correspond to the male gender, according to Dr. Durán.

As of midnight on September 29, 7,150 people were hospitalized.

There were 27 medical discharges on this day and eight patients remained in intensive care: two in critical condition and six in serious condition.

With the 7,550 samples analyzed in the last 24 hours, the country has processed a total of 613,994 tests carried out in search of the new coronavirus, of which 5,597 have been positive.