Díaz-Canel added at a meeting of the Council of Ministers that the new strategy could be the answer to an old problem in the national economy: the “liberation” of the productive forces. 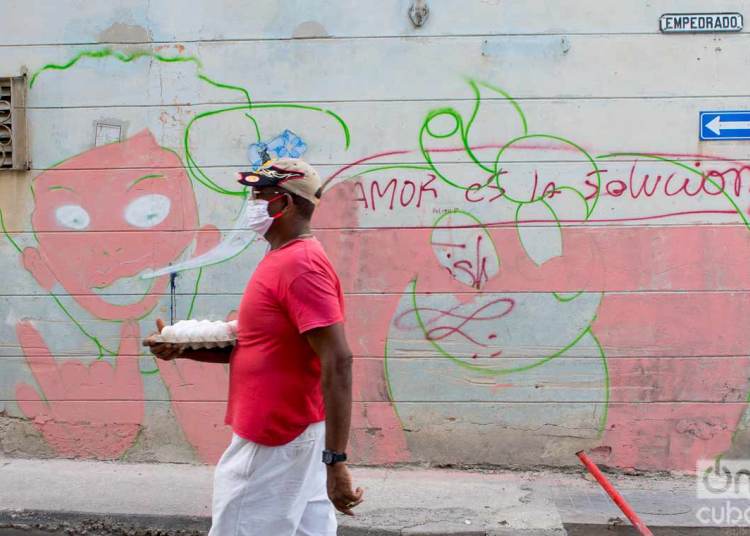 The strategy that the government will implement consists of two stages, explained Gil Fernández: the first is related to the immediate recovery of economic activity after the pandemic, while the second will seek to strengthen the national economy. Photo: Otmaro Rodríguez.

Cuba adjusted the economy plan for 2020 due to the current situation generated by the COVID-19 pandemic, at the same time as it began to carry out the economic plan for the coming year, taking into account the nation’s economic and social development.

The decision was announced at a recent meeting of the Cuban Council of Ministers, where other indications were announced for the economic strategy planned for the recovery stage from the pandemic that is affecting today the entire planet.

Minister of Economy and Planning Alejandro Gil Fernández announced that this readjustment is carried out given the present exceptional situation, and confirmed that work is also underway on the National Plan for Economic and Social Development until 2030.

“In addition, it is necessary to have an economic strategy for recovery and organize the development of the Cuban economy, in a world crisis scenario,” said the official.

The strategy that the government will implement consists of two stages, explained Gil Fernández: the first is related to the immediate recovery of economic activity after the pandemic, while the second will seek to strengthen the national economy.

The first stage will consist of several phases; first, services and activities will be reopened gradually throughout the country, without abandoning measures to continue controlling the disease.

“It is necessary to work quickly on other decisions that lead to strengthening the economy, imposing ourselves on this crisis scenario and qualitatively advancing its leadership and management system,” said Gil at the meeting, who stressed that the strategy must be “innovative,” without leaving aside the saving measures.

The strategy also includes foreign investment; it will be linked to the financial system and to monetary, fiscal, price, credit, exchange, employment and salary policies.

In key sectors, such as tourism, professional technical services of all kinds, especially health; food production; the biopharmaceutical and biotechnological industries and biomedical productions will seek to concentrate efforts, without abandoning the sugar agroindustry and its derivatives; construction, telecommunications, light industry, transportation, warehousing, and efficient commerce.

On the other hand, Prime Minister Manuel Marrero insisted that “we have to speed up many things, but without shock therapy or rushing, leading us to do them wrong,” without neglecting the confrontation of the pandemic due to the new coronavirus

“We have to devote all the time it takes to do it with quality, depth and an innovative mind. This task will allow us to advance in complex situations and put the economy in a favorable situation,” he said.

Another aspect that Marrero Cruz emphasized was in the search for solutions, even to “quite old” problems, according to the report from the Cubadebate site.

Meanwhile, Cuban President Miguel Díaz-Canel Bermúdez, regarding the current COVID-19 situation, highlighted the follow-up of those who may be left with some sequelae of the disease until their full recovery is confirmed.

He explained what the country has developed in terms of medicines and care protocols, in order to immunize the entire population, so that they are more prepared against the disease, which “will give a boost to the implementation of the pending issues of the 6th and 7th Party congresses and, therefore, puts us in an advantageous and advanced position to arrive at the 8th Congress with an updated economic and social strategy, robust and that allows us to work on the economic and social development of the country.”

The Cuban president called for taking into account previous experiences in the face of prior adverse economic situations the country has gone through, “the measures that we have applied in the Special Period; those we applied when we had to face the situation of fuel shortages; the ones we incorporated later in that process and all the measures involving the pandemic.”

He added that this new strategy could be the answer to an old problem in the national economy: the “liberation” of the productive forces.

“We would be responding to one of the fundamental issues that we have always debated in these years, which is to definitively liberate the productive forces in the country, and that this liberation of the productive forces has an impact on the nation’s economic and social development,” he said.

Díaz-Canel urged a broad debate to propose the necessary changes for the economic and social development of the country, by the highest Cuban government and party authorities, and stressed that everything will be carried out to the extent that “the important task is assumed.”

“Cuba is focused on saving lives and specifying a strategy that responds to the challenge of this crisis situation and that stimulates the solutions we need to impact the economic and social development of the country,” said the Cuban president.