The report from the Office of Statistics and Information (ONEI) reflects that the increase in visitor arrivals to the island experienced during the months of November and December of last year, had a notable decrease during the first month of 2022. 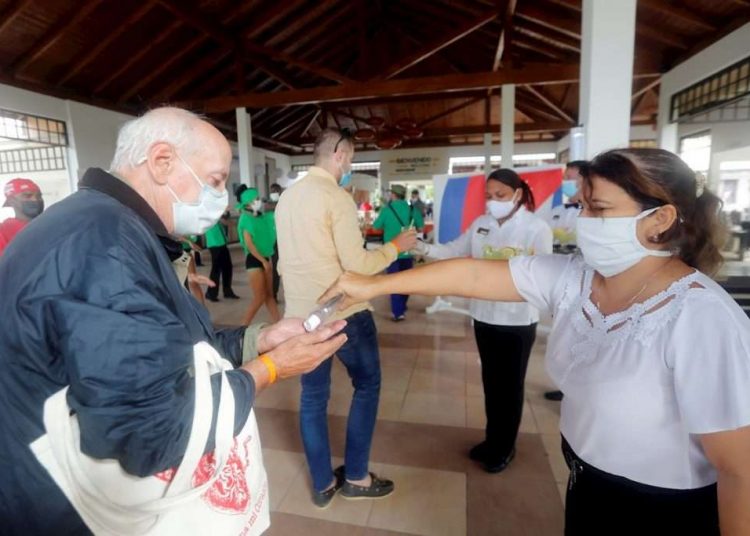 Tourist arrivals to Cuba during the month of January reached the figure of 86,483, almost 15,000 less than that reported in December 2021, according to official data updated by the National Office of Statistics and Information (ONEI).

But, according to the report for the first month of 2022, there is an increase of 387% compared to the same period of the previous year (22,349 visitors), when the tourism sector was experiencing a notable downturn due to the impact of the COVID-19 pandemic in the country and the closure of borders to stop contagion.

The number of travelers also saw a notable increase last January, as they reached 134,661, 357% more than in the same month of 2021, the ONEI reported on its website.

For its reports, ONEI considers as travelers those people “who move between two or more different countries. In the event that the person moves outside their country of residence, they are considered international, regardless of the reason for the trip or the means of transportation.”

In the case of travelers, it would be those who “visit a country other than the one in which they have their usual place of residence for a period not exceeding one year for the purpose of leisure, recreation, business or other personal reasons, and not to carry out a remunerated activity in the country visited.”

During the first four months of 2021, the island suffered a pronounced drop in the number of tourists received, which according to data from the aforementioned agency reached 95% compared to the previous year.

It was not until October 2021, with the arrival of visitors mainly from Russia and Canada to the main tourist destinations such as the Varadero beach resort and the keys to the north of the island, that the statistics began to show some improvement and stability.

However, in none of the reports issued by ONEI before November 2021 did the number of visitors exceed 25,000.

Only when the Cuban government decided to reopen its borders that month and international airlines began to resume their usual routes to the country did sustained growth begin for two months, with a record of 51,184 visitors in November and 101,339 in December of last year.

Between January and December 2021, Russia was widely confirmed as the main source of tourists to Cuba, registering 146,151 visitors in that period, which represented a 197% increase compared to the previous year.

Despite the decrease in visitors during the past month of January, the trend continued, reaching 19,434 during January, while those from the Cuban community abroad were close to 17,000, and arrivals from Canada were just over 16,000.

In the midst of the current circumstances generated by the Russian invasion of Ukraine, and the decision of many countries to close the airspace to Russian companies, a drop in the number of tourist arrivals from that nation to the island is expected, with the economic impact that this would generate.

Before the armed conflict, the Cuban tourism authorities had projected a growth in the sector, based on the expected arrival in the country of around 2 million visitors in 2022.

Before the coronavirus arrived on the island in March 2020, tourism contributed around 10% of the gross domestic product.

The Caribbean country intended to receive some 4.5 million international visitors last year and reverse the 9.3% drop in 2019, when 4.2 million tourists traveled to the country, 436,352 fewer than in 2018, according to official data.