Our analysis of the announced new mechanism for sending remittances to Cuba. 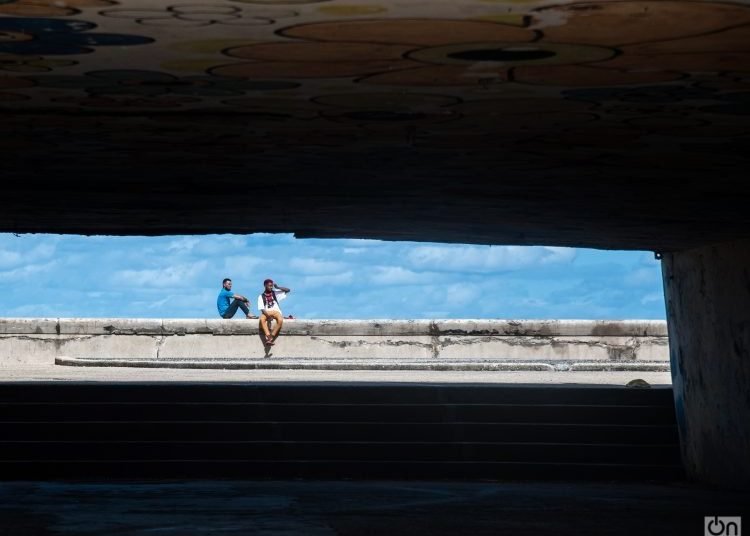 In recent days, news has emerged in the field of remittances, with the establishment of a specific channel by the Canada-based company RevoluGROUP for sending formal transfers to Cuba framed under the conditions established by the Cuban Asset Control Regulations (CACR) of the OFAC.

Remittances constitute one of the most important sources of income for Cuba, equivalent, since 2015, to more than 20% of export earnings, and have reached an estimated amount of more than 3.4 billion USD in 2018.1 In turn, they have contributed decisively to the financing of the expansion of the domestic private sector, towards which around 50% of the funds remitted could have been directed to be used as initial or working capital.2

In the period immediately following the pandemic, a slowdown in remittance flows was perceived, presumably associated with the stagnation of the economic reform in Cuba and its impacts on the private sector. Already with the crisis in full swing, the restrictions on remittances established by the Trump administration, Western Union’s departure from Cuba, and the decrease in trips (source of cash remittances) during 2020 and 2021 to negligible levels, led to a contraction of the amounts of remittances that has been calculated around 24% in 2020 compared to 2018.3

In this context, the existence of this channel of transfers, and the content of the messages announced by RevoluGROUP is of interest to senders, recipients of remittances (end consumers, or enterprises), the Cuban government and several of its institutional actors, and even other initiatives active in the money transfer business.

The company’s website offered a note, dated February 28, 2022, indicating that RevoluSEND would have begun sending remittances to Cuba (and to Morocco, with which the scope of its operations would cover 116 countries), previously ensuring that the exceptional mechanism designed to guarantee the transfers would comply with the regulations of the United States Treasury: it would have a “direct to the beneficiary” orientation and “it would avoid the centralized reception scenarios of the Cuban government, including the entities on the restricted list.…”4 In turn, it ensures that remittances could be sent from the United States, and that the remittance sending processes would be coordinated by RevoluGROUP USA Inc., a subsidiary established in Miami.

According to the information, the sending mechanism would involve the RevoluSEND remittance platform and the RevoluPAY payment application. The group’s website indicates the need to download the payment application where the user must first create an account, and the existence of a linked Visa or Mastercard that could be requested and used to withdraw the funds received at ATMs or pay at businesses that accept Visa cards. A brief tutorial for sending transfers to Cuba on the RevoluSEND website indicates that these would be made in euros, and the deposits would be directed to accounts in freely convertible currency of the beneficiaries in the Banco Metropolitano, Banco Popular de Ahorro or Banco de Crédito y Comercio.

In a press conference, Emilio Morales, Vice President of RevoluGROUP, discussed other aspects of interest. The executive was very emphatic in ensuring the absence of any contract or formal link between the company and the Cuban government or its institutions, declared his support for the current restrictions on the sending of remittances (which he considers necessary), dismissed previous transfer mechanisms for considering that they put resources in the hands of the Cuban government and companies under the control of the Armed Forces, and legitimized the virtues of his proposal through which “for the first time clean remittances arrive in Cuba that do not pass through the hands of the military.” He emphasized that given the current restrictions, RevoluGROUP offered an exceptional mechanism for sending formal remittances from the United States. In turn, he detailed part of the steps that users should follow, ratifying that VISA cards could be requested that would be operational in Cuba and the rest of the world and that in addition to the RevoluPAY wallet and accounts in freely convertible currency, they could be recipients of remittance funds.

Both the announcement and the press conference stand out for emphasizing the contractual disconnection with the Cuban government and its institutions, some inaccurate messages, and some novelties that could potentially offer benefits and open opportunities to various actors. It would be necessary to analyze the determination of fees involved in recharging the RevoluPAY wallet and subsequent transfers, their comparison with those offered by the competition, determination of limit amounts to send/receive, and a total verification of the functionality of each piece of the designed mechanism. For now, we can analyze the following aspects:

Disconnection with Cuban government institutions: The emphasis is on the intention of ratifying the company’s compliance with OFAC restrictions, and guarantee the attraction of market shares of remittances from the United States. The company would try to validate its “legitimacy” before a group of these remitters, who would like to comply with current regulations, and in turn those interested in mechanisms that guarantee the arrival of funds in “hard currency” and the greatest possible control of these by the ultimate recipient. Senders who echo the discourse of pillage of remittances by the Cuban government could consider the validity of an “alternative” launched with a heavy load of marketing that tries to distance it from the institutionality in Cuba.

Exceptionality of the mechanisms for receiving funds: In this case, RevoluGROUP would not be the first to offer wallets for receiving funds, the possibility of transactions between internal wallets, and extraction to accounts in freely convertible currency. At least Qvapay and Tropipay have offered similar services. In turn, consulted sources used RevoluPAY services at the beginning of 2020 to collect virtual cards issued by Expedia in favor of Cuban lessors, and one of the options to receive the funds was in a bank account in freely convertible currency in Cuba. In other words, the transfer to accounts in freely convertible currency is a functional mechanism previously explored by RevoluGROUP agencies and their active competition. Something that could become a unique novelty would be the widespread issuance and use of functional Visa debit cards in Cuba and abroad. Other companies have offered physical card options in the past, but these have not survived over time, or for various reasons, their use has not become popular. Definitely not for lack of need on the part of entrepreneurs and consumers in Cuba.

Recharge mechanisms: In this aspect, in addition to the use of debit and credit cards or bank transfers, an option briefly mentioned in the press conference transcends, the possibility of recharging the wallet with cryptocurrencies and the subsequent “monetization” of these towards accounts in freely convertible currency or Visa cards. Although other companies have explored the path of formal crypto monetization to freely convertible currency, not many seem to remain active, and generally, the processes include cap amounts and high fees.

Beyond the promotional discourse that presents RevoluGROUP as a pioneering alternative and with a total liberating character for the final recipient of remittance flows, if the operation of the proposed mechanism is functional, it will be a service that will probably generate significant demand, and perhaps influence the reduction of the rates charged by other providers and induce new innovations in the remittance market. The most relevant aspects of this proposal include:

As for the Cuban authorities, in a note of interest issued on March 4 by the Central Bank of Cuba,5 the banking entity reported that “no Cuban financial institution, or of any other type, has a contract or formal relationship with RevoluGROUP, for which reason the formality and security of said transactions is unknown.” The note acquires value from the perspective of paving the way for a foreign entity dedicated to sending remittances in a context in which a contractual relationship could make it difficult to comply with the restrictions imposed by the U.S. government, or at least not give it a good promotion in the face of a part of the issuers in the United States. In any case, the parties can dispense with the contractual relationship, it will be enough if the transfers reach accounts in freely convertible currency in Cuban commercial banks: the recipients will have their balances to buy in freely convertible currency stores or carry out foreign trade operations, and the country will ensure fresh foreign currency with a limited final destination and not extractable cash. Regarding the reference to the formality and security of said transactions, perhaps the clarification was unnecessary: ​​if the mechanism does not work, the initiative would not last very long in the transfer intermediation market.

The channel of remittances/transfers proposed by RevoluGROUP is inserted and molded in the context of the illegitimate sanctions maintained by the U.S. government. These have restricted the arrival of funds to Cuba, and limited financing not only of the Cuban government but also of consumers and the private sector. In turn, the logic of depriving the Cuban government of funds ignores the fact that the state apparatus is responsible for 70% of employment, provides free healthcare and education, basic social protection such as the rationed distribution of food, with what any limitation of financing to the state structure ends up affecting those who live in Cuba, no matter the area in which they work.

Beyond the political discourse and marketing, any initiative that channels foreign currency to Cuba should be welcomed, and it would be very beneficial for Cubans to access new channels of remittances, income, international collection and payment instruments, and empower themselves, and be able to continue developing private enterprises. And that the participants in the transfer and remittance industry grow, and that the dynamics of competition continue to foster innovations and alternatives.