This certification allows them to begin their operations by implementing the sanitary protocols established in the face of COVID-19, at a time when a great deal of Cuba is already in phase three of the de-escalation and could receive tourists in several keys adjacent to the main island. 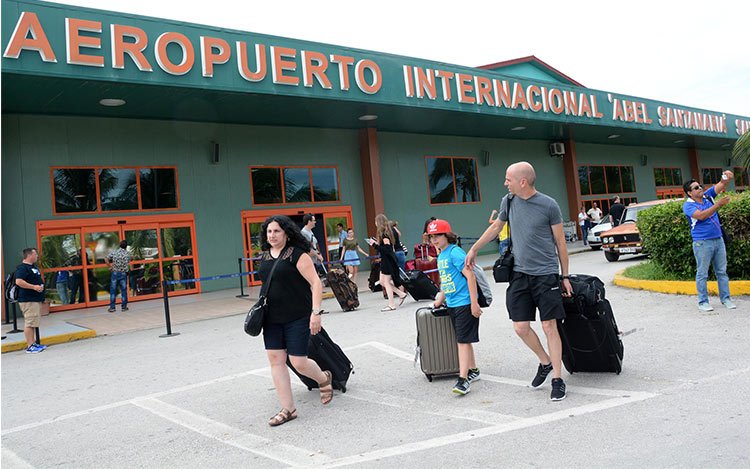 The international airports Vilo Acuña in Cayo Largo del Sur, Abel Santamaría, in the city of Santa Clara, and Jardines del Rey, in the northern keys of Ciego de Ávila, are ready to receive international travelers after being certified for it by the Cuban authorities.

This certification allows them to begin their operations by implementing the sanitary protocols established in the face of COVID-19, at a time when a great deal of Cuba is already in phase three of the de-escalation and could receive tourists in several keys adjacent to the main island.

Luis Alexander Ochoa, deputy director of the Cuban Aviation Corporation (CACSA), affirmed on state television that all companies in the Cuban aeronautical system have a protocol approved by the Ministry of Public Health and a multidisciplinary team “to guarantee the safety, quality and well-being of all passengers” arriving at international airports.

The new regulations establish that “every passenger who enters the air terminals will be subjected to a double check of body temperature.” In addition, “those who arrive from abroad will be required to deliver their affidavit of health, based on a model previously delivered by the airline,” and will be subjected to a PCR test, the television report said.

Likewise, the protocol includes disinfecting luggage and reorganizing airport areas to guarantee physical distance, for which construction work has been carried out at the terminals.

The deputy director of CACSA explained that the period of inactivity due to the pandemic was taken advantage of for maintenance and repair work at the country’s airport facilities. “All technological systems, so that when the client arrives at our facilities perceives a change in infrastructure, quality and technology,” he explained.

Until Monday, four Cuban international airports had been certified to operate with COVID-19 sanitary protocols, the three that will provide services to the tourist centers in the keys―which are expected to be the first to start operations―, and the one in Varadero beach resort, which will come into operation at a later stage.

The television report said that the verification and certification of the rest of the Cuban airports will continue throughout this week.

Cuba closed its borders four months ago due to the coronavirus pandemic, but it has continued to operate humanitarian, medical and commercial flights, mainly from Havana, following the established hygiene and safety measures.

International operations are not yet allowed, nor has a date for their resumption been publicly announced, although in theory since the beginning of July a group of Cuban keys can already receive foreign visitors, something that has not yet happened, but for which they have already prepared the airports that connect these tourist destinations with the world.