Emilio Morales, president of the Havana Consulting Group and vice president of the U.S. subsidiary of RevoluGROUP, indicated that its mobile application sends the money to the beneficiary avoiding those who are on the list of Cuban entities restricted by the United States. 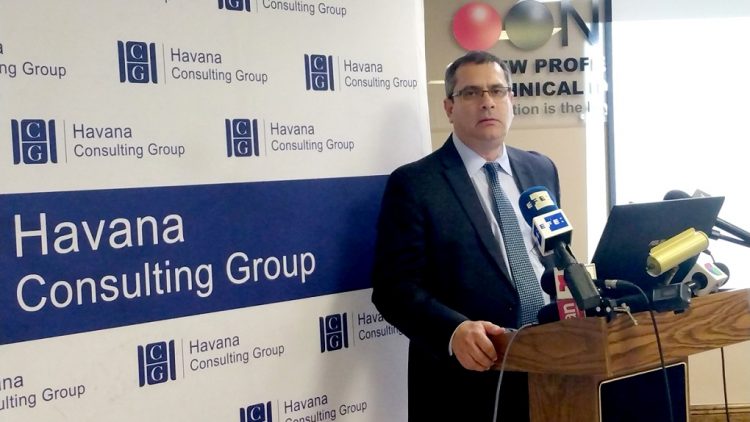 Emilio Morales, president of the Havana Consulting Group and vice president of the U.S. subsidiary of RevoluGROUP, indicated that its mobile application sends the money to the beneficiary avoiding those who are on the list of Cuban entities restricted by the United States.

The Canadian company RevoluGROUP, which last February began operating for the sending of remittances to Cuba, affirmed this Tuesday that this money enters the island “clean” through its mobile application, according to a report by the EFE news agency.

Emilio Morales, president of the Havana Consulting Group and vice president of the U.S. subsidiary of RevoluGROUP, indicated at a press conference in Miami that its mobile application RevoluSend sends the money to the beneficiary, avoiding those who are on the list of Cuban entities restricted by the United States.

This system allows digital payments to be made between people who have this application, while those who have the debit card that the company also offers can withdraw money at ATMs affiliated with Visa and Mastercard, the news release specifies.

In addition, according to Morales, the system itself makes it possible to deposit the money received in three Cuban financial entities: the Banco Popular de Ahorro, the Banco de Crédito y Comercio and the Banco Metropolitano.

However, he insisted that RevoluGROUP, which received the approval of the U.S. Department of the Treasury, “has absolutely nothing to do” with the Cuban government or public corporations, but instead “sneaks” through the “cracks” of the island’s state system.

“RevoluGROUP does not have a commercial contract with the Cuban government, nor will it have one,” said Morales, who said that in the other 115 countries where the company operates, the governments have never asked them to sign agreements of this type. In his opinion, the “abusive practice” of going through the official system is the way for the Cuban authorities to “keep the remittances,” something they deny doing while assuring that the statements in this regard are false and politically intentional.

The Central Bank of Cuba confirmed last week that RevoluGROUP has not signed any contract and indicated that the “formality” and “security” of its transactions are unknown.

In this sense, Morales, who refused to reveal how much money has been sent to the island since the system began operating on February 28, thanked the “unpaid advertising,” because, he said, thousands of people began to download the application when the Bank of Cuba branded them insecure, the EFE report stated.

“For the first time the Cuban citizen will be financially free,” because the money will arrive “clean,” without passing through the hands of the island’s authorities, said Morales, who hinted that the island’s government cannot prevent it since it would get into a “big problem” with Visa, Mastercard and the Swift international banking data system if it rejects the arrival of transfers because these are currently three of the main foreign exchange channels that Cuba has.

Cuba is currently going through a difficult economic situation, increased by the impact of the pandemic and the Washington sanctions that, among other things, closed the tap on remittances from the U.S. They have been de facto paralyzed since November 2020, after the administration of then U.S. President Donald Trump prohibited any transaction from the United States with the Cuban state-owned Fincimex, which worked hand in hand with the Western Union company.