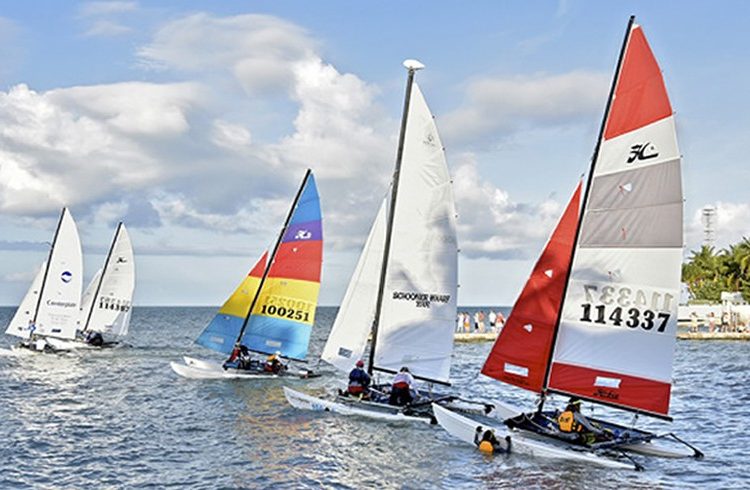 The arrival on Saturday, May 16, in Havana of three catamarans from Key West opened a new page in the history of U.S.-Cuba navigation.

Fifteen years had to pass from the first Havana Challenge—a race held in 2000 for the first time—, for the U.S. government to grant the organizers permission to sail to Cuba legally again.

The trip has been made possible in the context of negotiations to re-establish relations between the United States and Cuba.

The fleet of American boats taking part in this first trip to Cuba comprises other 15 ships, including two replicas of 18th-century schooners.

In addition to crossing the Florida Straits, the American sailors will race Cuban athletes from the National Sailing Team and other two teams from the province of Matanzas. The race will extend over one nautical mile along Havana’s Malecon seafront, starting at the level of the National Hotel in Vedado and finishing at the Deauville Hotel, in Centro Habana.

Commodore Jose Miguel Dias Escrich, head of Cuba’s Hemingway International Nautical Club (CNIH), said at a press conference that all the ships will take part in a boat parade on Wednesday along the north coast. The schooners are expected to be the main attraction of the show.

“Many American sailing clubs have conveyed to us their interest in organizing their own races in 2015 and 2016. More and more clubs want to fraternize with us through this kind of event,” he added.

On the American side, one of the organizers, Joe Weatherby, a Key West charter boat captain for almost 30 years, told the press that the Challenge could become an annual event now that the U.S. Commerce Department has granted them a license.