Democracy and transparency are automatic healers of political systems. 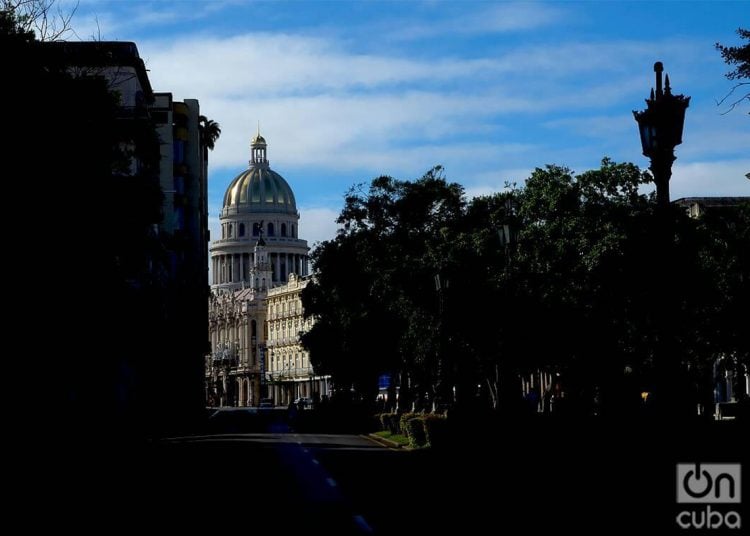 The presidential elections in the United States of America don’t decide only who will be the head of state of that nation. A great many countries await the results of this electoral process to draw up policies, write speeches, change strategies, rethink tactics and imagine new diplomatic courses.

In Cuba, tension can be touched with one’s fingertips. Pandemic, ordering task, shortages, dollar stores, elections in the United States. It’s a powerful cocktail that can knock out anyone and that is drunk here daily, from dawn to dawn.

Within the country the extremes that exist in all parts of the world are replicated. Right-wing conservatives, democratic socialists, those who don’t care whichever, centrists who don’t want fascism, or dehumanizing capitalism, but neither do they want totalitarianism.

Voters for Trump in the United States have their counterpart in Cuba, as do voters for Biden. What is expected of the winning candidate, in his relationship with Cuba, is a range of possibilities that separates positions and economic, social and political projects in Miami and in Havana.

But I am more interested in what doesn’t or shouldn’t depend within Cuba, on the presidential elections in the United States of America.

To make the sovereign nation proposal outlined in the 2019 Constitution a reality, it is necessary that our efforts be focused on the development of the country, and here I’m not only talking about the economy or trade or finance, because I don’t contemplate any possible development without democracy and without solid and reliable institutions.

After the discussion process by which the Constitutional Project that resulted in the 2019 Constitution, it would seem that the political consensus in Cuba is clear, but it seems misleading to me that almost 80 percent of the population with electoral rights voted yes to the new Magna Carta.

In the same process of collecting proposals for the Constitutional Project, the small number of interventions by citizens to introduce changes and the enormous number of people who did not say anything about one or the other thing was very striking.

After so many years of experience within a political system that doesn’t have a state at the center of political production but rather a single party, and knowledge of the scale of constant propaganda campaigns that have been produced for more than 50 years, without finding on the other side of the balance nothing that can emulate this accumulation of ideas and values, it seems naive to consider an active and vital consensus.

On the other hand, what can be seen in social networks is a variety of criteria, political positions, debates, diverse opinions, groups, artistic tendencies, enterprises, community projects, solidarity mobilizations, interests of all kinds, and almost none of them finds a voice in the representative organs of Cuban popular sovereignty.

The virtual world has put us in a different reality than what is breathed in the street. It’s like that in all parts of the world. But in Cuba’s case, what is almost always used as a reference to the reality of social networks and cyberspace, by the dominant political power, are congratulations from the leaders on their own pages or digital spaces, criticizing the illegal use of the networks by poachers and fines for opposition activists for misuse of Facebook.

Official politics on our island take little account of the political diversity that boils beneath the surface, under the skin of the nation. But it is there, none of the voices that stand out on Facebook or Twitter with ideas other than the official discourse, is represented in the National Assembly of People’s Power and this at least shows a false representation.

Democracy and transparency are automatic healers of political systems. But the fear of its implementation in daily practice is a vice of many bureaucracies.

Democracy in Cuba has to be an obsession. The most important battle standard of the party should be whatever keeps leaders awake at night, and not the symbol of suspicion and the siren song of capitalism. It is strange that the same political propaganda that has led us here has become so worn out in demonstrating that there is no democracy in capitalism and that we don’t simply accept that democracy has to be our energizing obsession.

Democracy has consequences. That’s the problem. Those who prefer formal democracy will argue that there must be political pluralism and then multi-partisanship, that there must be a clean electoral system without the intervention of partial political entities, that there must be institutional political counterweights between state bodies so that none of them steal all production politics and therefore power. And they will also talk about the supremacy of the constitution, transparency, legality and human rights.

Those who prefer, for their part, material democracy, will speak of equality, equity, inclusion, social rights, participatory budgeting, popular assemblies, cooperatives, accountability of leaders, imperative mandate and not simple representation of imagined wills, fair distribution of national wealth, balance of development among the territories, basic income, sovereignty of the people and not of the intangible nation.

Others prefer both versions together and we believe that democracy in Cuba should be our obsession, regardless of who governs the country that blockades us, also because of that.