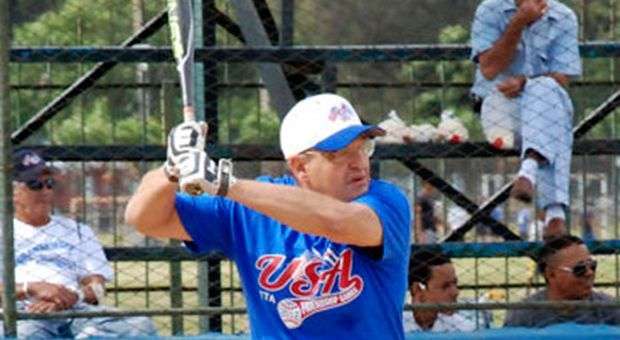 It is said that in days gone by Ping-Pong diplomacy favored a rapprochement between Washington and Beijing, two peoples separated geographically and ideologically, so it is reasonable to say that Cuba and the United States share a passion for baseball that could reduce the 90-miles distance and disputes that keep these neighboring countries apart…

An annual friendly softball tournament among veterans from both nations takes place every year since 2009 as a result of a crazy idea by US professor Michael Eizenberg during a visit to Cuba. Four years later and a few days from a new season of this event in Havana, OnCuba interviewed Eizenberg on this initiative and its projection.

When did it all start?

Kathy Rice and I founded Educational Travel Alliance in 1999, and during the next five years we were very active in Pueblo a Pueblo (People to People) programs until the government banned these exchanges. We continued working with Cuba but there were too many regulations. In 2007, the year Boston won the World Series, I travelled to Havana proudly wearing my Red Sox cap, and I came up with the idea, while talking with a friend from Havanatur, of bringing veteran teams for a friendly softball tournament. Perhaps it was a crazy idea but we gave it a try.

In Cuba as well as in The United States, the only problem with authorities is that something like that had never been done before and no one knew exactly how to do it. I first met with the Cuban Sports Institute and then with the Cuban Softball Federation and they supported us. When I returned to the US and I brought it up at EMASS, about 60 players said yes right away. We requested a special license to the State Department, and in August 2009 it was approved. Two months after, Teofilo Stevenson –an idol from my youth– launched the first ball in the tournament and I caught it wearing a boxing glove.

How did that first tournament develop?

It was a hit, games were competitive and emotional. Both teams respected each other mostly for the passion they played with. Friendship bonds emerged despite the language barrier.

That year Cuba welcomed a real legend of national baseball, Pedro Chavez, a winner as baseball player and as manager. Did you know Cuban baseball players? Of course, mainly those that got to the Great Leagues like Orestes “Minnie” Miñoso, Juan Pasqual, Pedro Ramos and Mike Fornieles. We had heard of Chavez and of Germán Mesa and Omar Linares. In recent times, players such as Orlando “El Duque” Hernández and his brother, Liván, remainded us of Cuba´s greatness in terms of baseball.

Is there an intention to hold this initiative every year?

We have held Friendship Games in Havana every year since 2009, and last year we played in Boston. The idea is to continue holding these games every year in both countries.

What impact you believe this kind of initiative can have in the relations between Cuba and the United States?

These games are the exclusive result of friendship between the peoples of Cuba and the United States. We are hopeful that friendship will arise between Cuban and US leaders as friendship bonds grow between our peoples.