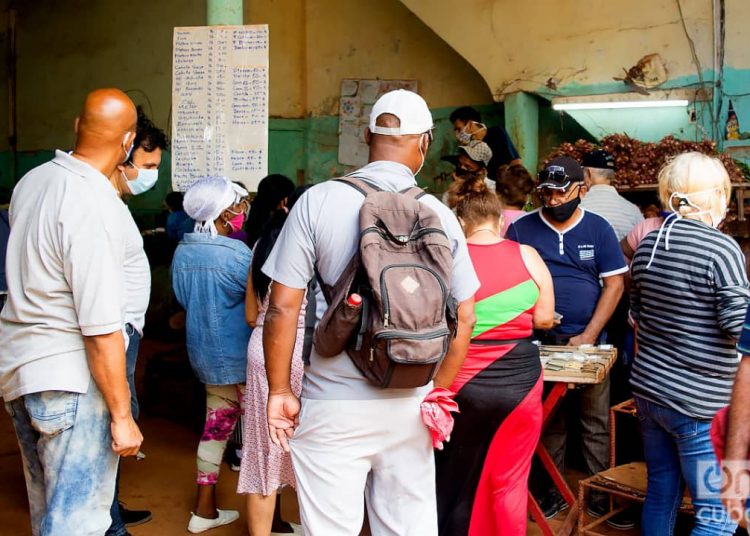 People in an agricultural market in Havana, on December 1, 2020. Photo: Otmaro Rodríguez.

The number of patients who were discharged yesterday after being treated for the SARS-CoV-2 virus rose to 106 in Cuba, bringing the number of 8,592 (89.2%) people who have managed to overcome the disease since March, the month in which the first cases were reported after the identification of three Italian tourists.

Unlike the seven provinces that reported autochthonous and imported cases, only three territories reported a type of transmission, according to the Ministry of Public Health (MINSAP) report. Such is the case of Sancti Spíritus and Santiago de Cuba, with one and four autochthonous transmission infections, respectively; and Camagüey, with an imported case.

As of midnight December 14, 3,462 people were hospitalized for epidemiological surveillance, while 10 were in intensive care: two in critical condition and eight in serious condition. There were no deaths on the day, therefore the number of deceased due to the new coronavirus on the island remains at 137.